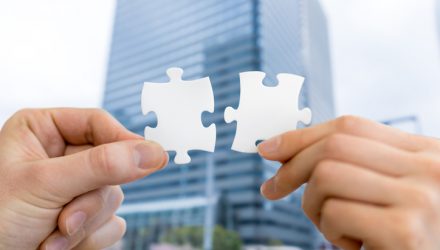 The ProShares Investment Grade—Intr Rt Hdgd (CBOE: IGHG) is designed to thrive when interest rates rise, but that doesn’t mean the ETF isn’t useful when rates are declining. Quite the contrary, IGHG is performing admirably this year and features a tempting to yield to help investors bolster income in today’s low yield environment.

IGHG tracks the performance of the Citi Corporate Investment Grade (Treasury Rate-Hedged) Index with long positions in investment-grade corporate bonds issued by both U.S. and foreign domiciled companies. This is particularly important during market downturns when the propensity for a company to default on its debt is higher. As such, IGHG focuses on investment-grade issues to reduce credit risk.

“While most risk assets were down in August, one notable pocket of strength remains corporate credit,” said ProShares in a recent note. “Both high-yield and investment-grade benchmarks continue to show strength by delivering positive returns during August, and low to mid-teens performance for the year-to-date period.”

Many investment-grade corporate bond ETFs, including IGHG, have large weights to bonds with BBB ratings. The ProSHares ETF allocates roughly half its weight to such debt and that group has defied some of the controversy surrounding it at the start of this year.

“Conversely, other bond market observers argued that the above thesis was probably overblown and noted that the largest issues of BBB-rated bonds are defensive companies, such as financial services and consumer staples,” according to Nasdaq.

IGHG yields nearly 4%, impressive by today’s standards, and the fund has the potential to deliver more upside as 2019 moves along.

“With corporate spreads presenting arguably fair valuation levels, and with the corporate credit curve decidedly not inverted, August’s resiliency could be a bullish sign for the remainder of the year, positioning corporate credit, as perhaps, a risk worth taking,” according to ProShares.