You are at:Home»Multi-Asset Channel»How to Get a Job on Wall Street 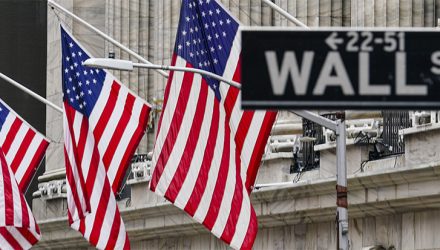 How to Get a Job on Wall Street

I grew up (mostly) in Norwich, Connecticut, which is a sad town at the intersection of three rivers.

One of the reasons it is sad is because, outside of a couple of pizza places, people don’t like business.

I’m being serious. Business was frowned upon. Wealth was looked at with suspicion.

I grew up on the wrong side of the tracks, and I had a king-sized chip on my shoulder. If you had a jingle in your pocket, I hated you. I stayed away from the rich kids from the other side of town.

The high school I went to was a great school—and was strong in art, music, and English. There were business classes, but those attracted the type of student who was looking for easy credits.

I took two computer programming classes in the business school, once—in the second one, the teacher handed us a book on PASCAL and went to lunch, leaving us to our own devices.

The point of telling you all this is that I didn’t even know that business and finance were options that were available to me. My only connection to the stock market was the day it crashed in 1987. It never occurred to me that I could work there.

Not one teacher or authority figure encouraged me to work in the private sector. In fact, that sort of thing was actually discouraged.

I had a lot to learn.

It all started when I was stationed aboard a Coast Guard cutter in Washington state. We used to do patrols up and down the West Coast.

One time, we pulled into San Diego for fuel. One of my fellow officers went ashore and got a newspaper. He sat down in the wardroom and started reading the newspaper.

“What are you doing?” I asked him.

Holy crap. “What’s a mutual fund?” I asked him.

He explained what it was, but I wasn’t getting it. All I knew is that it earned more than what you could get in a savings account.

I was a bit jealous of this guy. He had his money working for him, and he had to get a newspaper to check on what it was doing. He had something to look after. I just had cash in the bank.

So when we got back home, I went to the local bookstore and bought books on mutual funds and investing. I read them all.

I kept tugging on this string. In these books, I read about traders who worked at banks on Wall Street. It sounded like a great job.

I had this vision in my head of dudes handing out stock certificates over a counter.

I decided to get a job on Wall Street. I had no idea what I was getting into.

The reason I bring this up is because the vast majority of people I ended up working with at Lehman Brothers grew up in the tri-state area surrounding New York City.

They had always been exposed to finance. Likely they had parents or other family who had worked in finance. They had been groomed for it their entire lives.

If you grew up in L.A., you were probably groomed to work in the entertainment industry.

If you grew up in Minneapolis, you were groomed to be a brand manager at Kellogg, or maybe a substance abuse counselor.

If you grew up in Houston, you were groomed to work in oil services.

And for sure, the kids from the tri-state area are a lot easier to hire. They know how to dress, talk, and act. They can play the part.

It’s odd that we still have this geographic clustering of industry even 25 years after the advent of the internet. And since geographic mobility has actually declined, the problem is going to become even more acute.

I used to do some recruiting when I was at Lehman. Two of the people I helped hire were well outside the mainstream.

One, a former Navy officer from North Carolina (who still works in the business 15 years later), and another, a British card-counting math whiz who held the Guinness World Record for being the fastest to memorize a deck of cards. He traded corporate bonds for a while and is now an artist.

Your job, as an organization, is to hire the best people. That may mean looking a bit further afield. It may also mean taking a risk on someone who doesn’t look or act the part.

Lehman Brothers took that risk on me, and look what happened.