You are at:Home»Multi-Asset Channel»A Great Time to Express Interest in This Infrastructure ETF 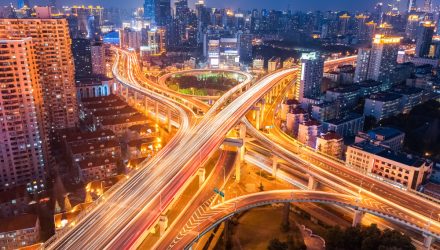 A Great Time to Express Interest in This Infrastructure ETF

With Congress and the White House set to unveil another stimulus effort, there’s talk that infrastructure will be in focus, a possible catalyst for the FlexShares STOXX Global Broad Infrastructure Index Fund (NYSEArca: NFRA).

Some market observers expect that at some point, Congress and the White House will use infrastructure to shore up the sagging U.S. economy, particularly with some economists speculating the unemployment rate could hit 20%.

“We already know that our country’s infrastructure has been failing — for years. The American Society of Civil Engineers gave our infrastructure a D+ in 2017, and roughly $4.6 trillion of investment is needed to solve the problem,” reports The Hill.

With the government using spending as a way to boost the economy, it’s worth noting that the right spending matters.

“Rather than spending stimulus funds on pork, which economists widely concede will have little economic benefits during times of high uncertainty, we should invest our precious national resources on projects that will have a long-run payoff that will enable the industries and jobs of the future. This is particularly important given our race to 5G and leadership in the digital economy,” according to The Hill.

“A genuine infrastructure deal would help unify the parties, particularly as we begin to emerge out of a shared national crisis that we’ve all been in together,” reports The Hill. “An infrastructure deal that focuses on digital investments, and not just the traditional brick-and-mortar roads, will not only create new and high-tech jobs that leverage the strengths of recently unemployed or underemployed workers but also advance national security aims so that we set the standard for the emerging 5G infrastructure.”