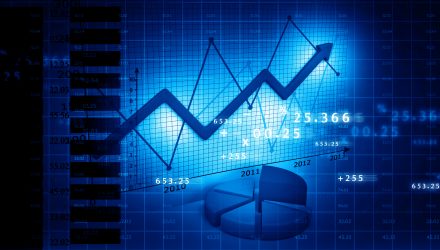 The Federal Reserve reversed course from 2018 in 2019 by instituting three consecutive rate cuts and then staying put at its last policy meeting at the end of January. The minutes for that meeting were released on Wednesday, which suggests that the Fed may not move on rates for some time.

In addition, CNBC reported that the Fed “Holding the line on rates “would give the Committee time for a fuller assessment of the ongoing effects on economic activity of last year’s shift to a more accommodative policy stance and would also allow policymakers to accumulate further information bearing on the economic outlook.”

At a 0.15% expense ratio, a cost-effective fund to look at, especially if rates remain low or more cuts come, is the iShares 20+ Year Treasury Bond ETF (NasdaqGS: TLT). TLT seeks to track the investment results of the ICE U.S. Treasury 20+ Year Bond Index (the “underlying index”). The underlying index measures the performance of public obligations of the U.S. Treasury that have a remaining maturity greater than or equal to twenty years.

Advantages of adding TLT to your portfolio:

Betting on a rate increase at the next Fed meeting might shape up to be a profitable trade, as Wednesday’s trading session saw yields climb after the Bureau of Labor Statistics said producer price inflation during the month of January was better than expected. Headline inflation climbed 0.5% month over month, marking the highest move since Oct. 2018.

The yield the benchmark 10-year Treasury note climbed two basis points to 1.5806%, while the yield on the 30-year Treasury bond, which recently fell below 2%, climbed back into the 2% range once again at 2.0325%.

In addition to inflation data, the number of January housing starts came in better than expected. U.S. homebuilding fell less than expected in January as the number of permits climbed to a near 13-year high, according to the Commerce Department. With rates staying put, this should give prospective homeowners an incentive to purchase as mortgage rates stay at their current lows.