You are at:Home»Multi-Asset Channel»A Dynamite Dividend Outlook and the QDF ETF 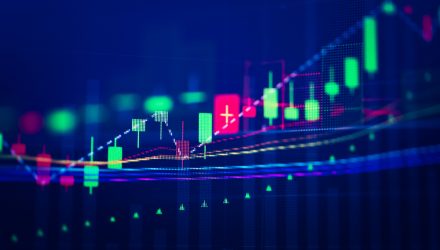 A Dynamite Dividend Outlook and the QDF ETF

Last year, dividend cuts and suspensions were all the rage as companies scrambled to conserve cash at the height of the coronavirus pandemic. Owing to its quality tilt, QDF mostly averted the worst of the dividend carnage. Now, with green shoots emerging in terms of shareholder rewards, the FlexShares fund is poised to benefit.

“A year or so ago, many large U.S. companies were cutting or suspending their dividends and dialing down their share repurchases, if not suspending them. Large U.S. companies were also cutting back in other areas, such as capital expenditures and mergers and acquisitions,” reports Lawrence Strauss for Barron’s. “But now, with Covid-19 vaccines rolling out and the U.S. economy reopening, many companies are boosting their cash outlays whether it’s for dividends, buybacks, capital expenditures, or buying other companies.”

Is ‘QDF’ in Fashion?

While the quality factor never goes out of style, QDF looks particularly attractive in the current market setting for multiple reasons. First, data confirm dividends are growing. Goldman Sachs estimates S&P 500 components will dole out $546 billion in dividends this year, up from $520 billion in 2020.

Second, buybacks, although a theme QDF isn’t directly levered to, are also soaring. That says companies have cash to deploy.

“One impediment to large-cap dividend growth has been the large U.S. banks, which maintained their dividends but skipped increases and suspended buybacks over the past year,” according to Barron’s.

QDF is levered to the trend of rising financial services dividends because that sector accounts for almost 14% of the ETF’s weight, making it the second-largest group in the fund behind only technology.

Following this year’s Comprehensive Capital Analysis and Review, colloquially known as the stress, U.S. banks, including some QDF holdings, are expected to raise payouts in a big way.

The $1.56 billion QDF follows the Northern Trust Quality Dividend Index, which doesn’t assume past dividend action is an indication of sustainability.

“By relying on publicly available financial data, relatively new dividend-paying companies can be evaluated alongside stocks that have paid dividends for years. Our research suggests that the most important characteristic of each stock held in the FlexShares Quality Dividend Index Fund (QDF) is that the company has a solid economic foundation to support future dividend payments,” according to FlexShares.