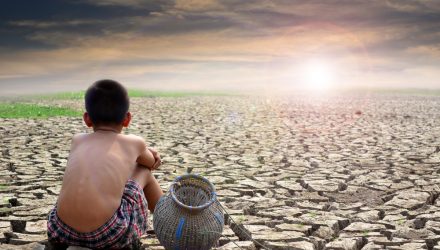 Following the bursting of two damns in Michigan, climate change and its intersection with infrastructure needs is again in focus. That could reignite talk about infrastructure investment ideas, including the FlexShares STOXX Global Broad Infrastructure Index Fund (NYSEArca: NFRA).

“The collapse of two Michigan dams on Tuesday following heavy rainfall has triggered concerns over how precarious dam infrastructure in the U.S. is inadequate to handle severe weather,” reports CNBC.

Like roads and bridges, among other areas, damns underscore the dire state of U.S. infrastructure.

“The 91,000 dams in the U.S. earned a ‘D’ for safety in a 2017 report from the American Society of Civil Engineers. The ASCE estimated the cost of fixing up the dams whose failure would threaten lives at roughly $45 billion, and the cost of fixing all aging dams at over $64 billion.,” according to CNBC.

“In Michigan, which is under a state of emergency after the two dam breaches, the average age of the state’s total 1,059 dams is 74 years old, older than the typical 50-year designed life span. Just over 170 of those dams are labeled as high hazard potential — meaning a collapse will result in a loss of life,” reports CNBC.

Michigan is one example, but the bottom line is damns need shoring up and infrastructure needs to be political priority.