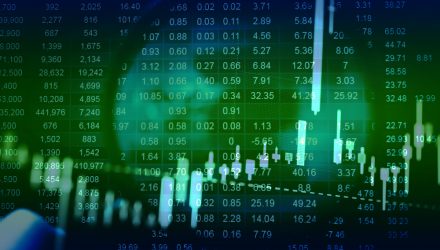 As Fed Tightens Policy, Get Volatility Protection in Emerging Markets

The effects of rising rates will certainly play a significant role in the strength of emerging markets (EM), which are typically tied to the performance of local currencies.

That said, the U.S. Federal Reserve is already set to raise rates in 2022. Should inflation run hotter than expected, those rate increases could become aggressive, which doesn’t bode well for emerging markets.

“These countries also are confronting elevated inflation and substantially higher public debt,” an International Monetary Fund (IMF) blog says. “Average gross government debt in emerging markets is up by almost 10 percentage points since 2019 reaching an estimated 64 percent of GDP by end 2021, with large variations across countries. But, in contrast to the United States, their economic recovery and labor markets are less robust. While dollar borrowing costs remain low for many, concerns about domestic inflation and stable foreign funding led several emerging markets last year, including Brazil, Russia, and South Africa, to start raising interest rates.”

Even if the effects of rates and inflation are moderate, EM will still be affected in some form or fashion.

“Should policy rates rise and inflation moderate as expected, history shows that the effects for emerging markets are likely benign if tightening is gradual, well telegraphed, and in response to a strengthening recovery,” the IMF adds. “Emerging-market currencies may still depreciate, but foreign demand would offset the impact from rising financing costs.”

“Even so, spillovers to emerging markets could also be less benign,” the blog adds further. “Broad-based US wage inflation or sustained supply bottlenecks could boost prices more than anticipated and fuel expectations for more rapid inflation. Faster Fed rate increases in response could rattle financial markets and tighten financial conditions globally. These developments could come with a slowing of US demand and trade and may lead to capital outflows and currency depreciation in emerging markets.”

EM assets are still a viable option for growth opportunities. With headwinds abounding, however, it can be best to lower volatility with the quality factor via ETFs like the FlexShares Emerging Markets Quality Low Volatility Index Fund (QLVE).

The fund seeks investment results that correspond generally to the price and yield performance of the Northern Trust Emerging Markets Quality Low Volatility Index. This index is designed to reflect the performance of a selection of companies that, in aggregate, possess lower overall absolute volatility characteristics relative to a broad universe of securities domiciled in emerging market countries.

It’s an opportune time for QLVE, which can capture upside in emerging markets while limiting volatility, should the dollar regain strength. The Federal Reserve recently stood pat on interest rates, but EM countries may be tightening their monetary policy faster than the Fed.