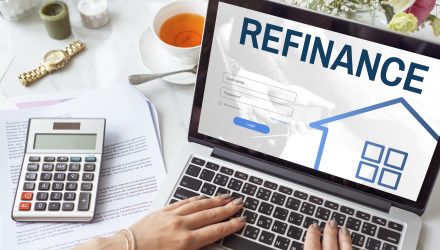 With interest rates at historic lows due to Federal Reserve efforts at bolstering the markets and the economy in the midst of a still rampant coronavirus pandemic, it seems like homebuyers may be stepping back, while refinancing has resumed.

In what has become an almost banal expectation, mortgage rates dropped to another record low last week, which refueled demand for refinancing homes. Homebuyers, however, become less active. This is a stark contrast from just a month ago when experts raved about eager homebuyers.

Mortgage demand was aided by another sizable drop in mortgage rates, with the average contract interest rate for 30-year fixed-rate mortgages with conforming loan balances of up to $510,400 declining to 3.19% from 3.26%. Total points on the loan, including the origination fee, fell from 0.35 to 0.33 for loans with a 20% down payment, which is 63 basis points lower than the recent high in late March.

Refinancing applications, which are most susceptible to weekly rate moves, rocketed 12% higher for the week and were 107% higher than a year ago. The refinance portion of mortgage activity rallied to 64.2% of total applications from 60.1% the previous week. Record low rates caused Fannie Mae to positively revise its housing projection for the second half of this year.

“The continued decline in mortgage rates pushed up our refinance volume forecast by about $100 billion,.” said Doug Duncan, Fannie Mae’s chief economist. “At the current mortgage rate, we estimate that nearly 60% of all outstanding loan balances have at least a half-percentage point incentive to refinance.”

Meanwhile, demand from homebuyers fell back 6% for the week but was 16% more robust than last year at this time. That annual comparison was a 50% drop from two weeks ago, however.

While mortgage rates remain at historic lows, the ability to qualify for them is both times consuming and challenging in the wake of regulations put in place since the last housing bubble. In addition, homebuyers today are suffering from a dearth of supply and rapidly climbing prices, especially on the lower end of the market, as people flock to homes, knowing the coronavirus may go on for some time.

This is a good thing for homebuilders, however. Mortgage applications to purchase a newly built home increased by over 50% in June annually. Builders, however, are struggling to keep up with the new demand, especially since they essentially closed their operations in March and April.