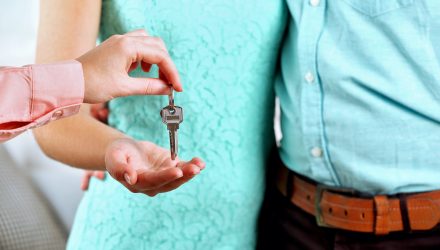 While the coronavirus outbreak was exploding a month and a half ago, with applications from homebuyers down 35% annually, with consumers becoming increasingly optimistic over the reopening of the U.S. economy, heralding a potential return to normalcy, there has been a continued uptick in mortgage applications.

Mortgage applications numbers seem to rally a week after week as homebuyers hustle back into the market, scrambling get ahold of the few housing selections that are still available for sale, and take advantage of record-low mortgage rates.

Mortgage applications to purchase a home climbed 5% for the week and were 18% above where they were last year at this time, according to the Mortgage Bankers Association’s seasonally adjusted index.

While there has been a spike in new purchase applications, mortgage refinance applications loan fell 9% for the week, part of a nearly two-month decline, although they were still 137% above where they were a year ago, when interest rates were 86 basis points higher.

“After reaching a peak of 76% earlier this year, refinances now account for less than 60% of activity, and the index is now at its lowest level since February 21,” Kan said.

But not everyone is on the bandwagon to purchase a new home, as many Americans are still struggling with unemployment, having lost wages for months due to the coronavirus pandemic.

“There are still many households affected by the widespread job losses and current economic downturn,” said Kan. “High unemployment and low housing supply may restrain a more meaningful rebound in purchase applications in the coming months.”