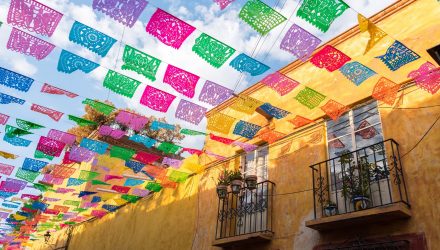 The election of Andres Manuel Lopez Obrador (AMLO) as Mexico’s newest president was initially cheered by markets, but investors have recently expressed some pause about the new president’s policies. EWW, the largest US-listed Mexico ETF by assets, is sporting a fourth-quarter loss of nearly 20% and is down almost 17% this year.

“Policy uncertainty remains elevated following the Mexican elections. Andres Manuel Lopez Obrador’s decisive victory as president has given his administration a clear mandate for change, and he has congressional backing to enact reforms,” said BlackRock in a recent note. “However, after AMLO cancelled the Mexico City airport project, investors are reconsidering just how significantly policy could shift.”