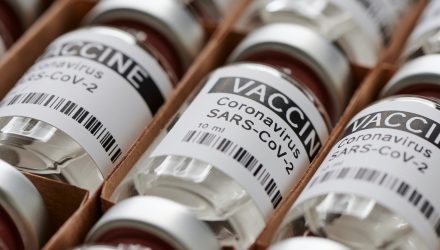 While much of the stock market and associated index ETFs are bathed in red to start the new year, Moderna is rallying, as the biotech company is boosting its vaccine output to help the spiking infection rate in the coronavirus pandemic.

The much-touted biotech company is elevating its coronavirus vaccine production this year, boosting the minimum number of doses it projects to produce by 20% to 600 million, the company announced Monday. The news helped to boost Moderna by 4.3%, which is helping the Principal Healthcare Innovators Index ETF (BTEC) fare better than the broader market on Monday as well. 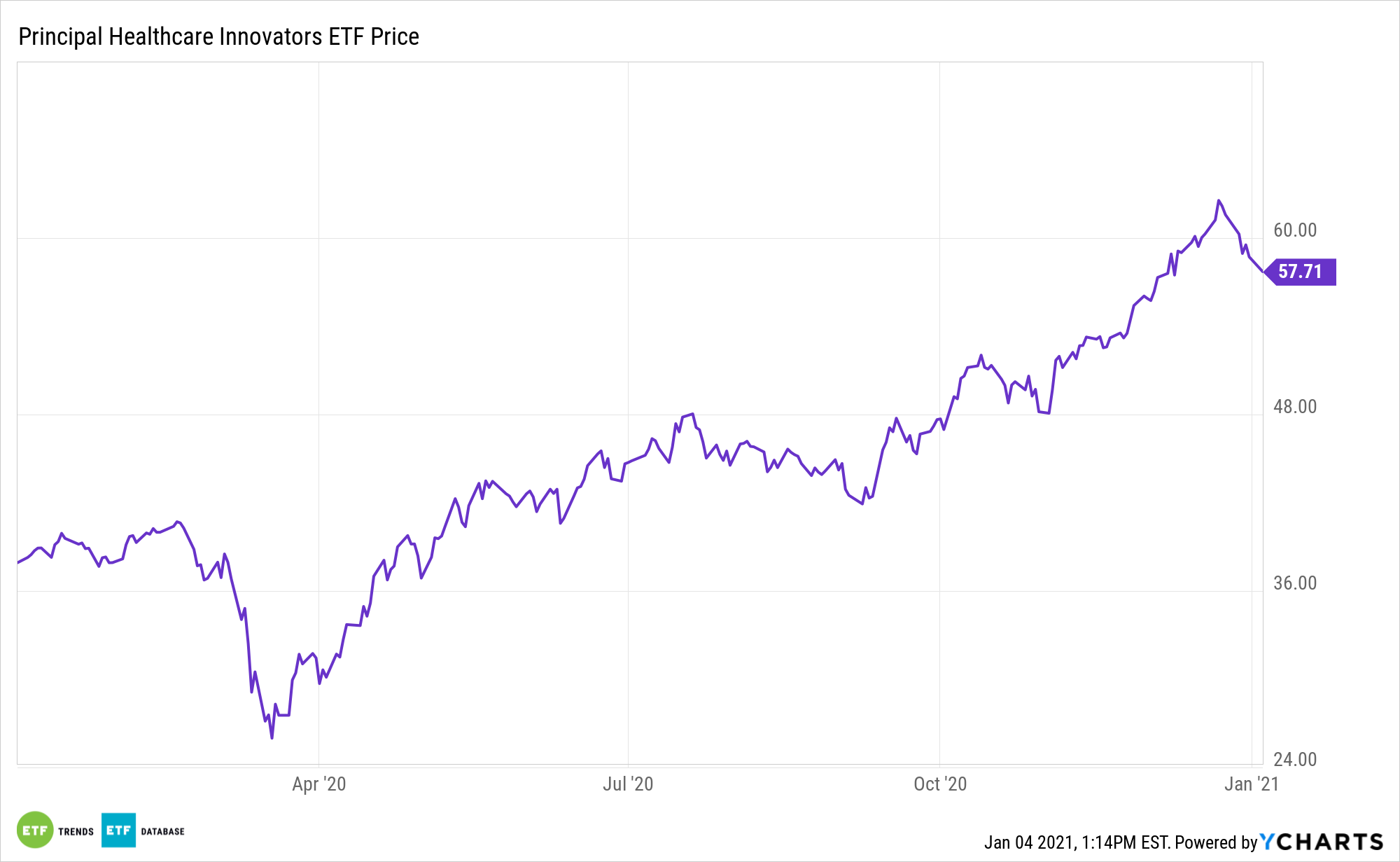 Moncef Slaoui, the head of Operation Warp Speed, said on Sunday that the U.S. could heighten its vaccine rollout by offering a group of Americans half doses of the drug developed by Moderna. “We know that for the Moderna vaccine giving half the dose for people between the ages of 18 to 55 … induces identical immune response to the 100-microgram dose,” Slaoui said.

Moderna noted that it’s looking to create as many as 1 billion doses of its Covid vaccine this year. The U.S. is on track to secure 100 million shots of Moderna’s vaccine by the end of March and additional 100 million by June, the Massachusetts-based company said in a statement.

As the pace and number of coronavirus cases has worsened, the  U.S. Food and Drug Administration granted Moderna’s Covid-19 vaccine emergency authorization for those 18 and older in the United States in December and commenced the drug’s initial rollout.

The company’s vaccines have garnered extreme interest from a number of countries, including Canada and the U.S., where the federal government has agreed to purchase 200 million doses of Moderna’s vaccine with the possibility of  purchasing an additional 300 million, the company said.

“Our effectiveness in providing early supply to the U.S. and Canadian governments and our ability to increase baseline production estimates for 2021 are both signals that our scale up of mRNA vaccine production is a success,” Moderna’s chief of technical operations, Juan Andres, said in a statement.

The rollout of vaccines has been a boon for biotech ETFs such as the iShares Nasdaq Biotechnology ETF (IBB) and the ARK Genomic Revolution ETF (ARKG), both of which saw sizable gains in 2020. IBB gained over 26% last year, while ARKG added a massive 180%.

The nation’s vaccine delivery has been less rapid than officials initially planned, with the U.S. disseminating just 4.2 million “shots in arms,” according to data last updated on Saturday from the U.S. Centers for Disease Control and Prevention. This is in contrast to the 20 million people that officials hoped to vaccinate with Pfizer’s and Moderna’s two-dose coronavirus vaccines by the end of December.

Health and Human Services Secretary Alex Azar noted that the holidays have been a factor in the delay, but that the U.S. has seen a “rapid uptake” in the vaccines over the last few days.

“What we said our goal was, was actually to have 20 million first doses available in the month of December. Those are available,” Azar said. It’s unclear what Azar meant when he said the doses are “available” since just 13 million were distributed across the U.S. as of Saturday morning.