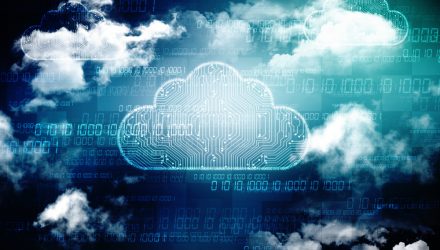 WCLD, which launched in September 2019, rebalances on a semiannual basis, and over its two-plus years on the market, the fund is developing a reputation for rebalances that are more eventful than other ETFs, confirming that the BVP Nasdaq Emerging Cloud Index is more flexible than a standard index.

“WCLD now holds 76 companies, 26 more than it did at its 2019 inception. Given that the Fund added 20 companies alone this February, investors may be surprised that the constituent list has only increased by a net number of 26 companies,” notes WisdomTree analyst Kara Marciscano.

With 76 holdings, WCLD has a roster that’s home to nine more stocks than the largest ETF in the cloud computing category. The added depth is a luxury, but WCLD’s underlying index doesn’t add components simply for the sake of increasing roster size.

“As a refresher, WCLD follows a rules-based methodology that resets constituents and weights back to equal weight every February and August. It is a simple, yet effective, approach that provides significant exposure to fast-growing, emerging businesses that are often overlooked or diluted in market cap-weighted benchmarks,” adds Marciscano.

As such, WCLD isn’t heavily allocated to cloud giants such as Amazon (NASDAQ:AMZN), Microsoft (NASDAQ:MSFT) and Salesforce (NYSE:CRM). Of that trio, only Salesforce is a member of the WCLD lineup and none of the ETF’s 76 holdings exceed a weight of 1.76%, as of March 10.

Interestingly, while WCLD added some small-cap stocks in the aforementioned rebalance, the fund actually became less expensive on valuation.