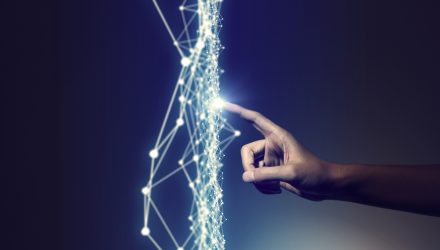 WisdomTree announced today a number of changes that reflect the broadening focus, vision, and innovation of the company beyond just ETFs, including changing the company name from WisdomTree Investments to WisdomTree, Inc. and the company’s ticker to WT, and moving WT to list on the NYSE. Jarrett Lilien, president and COO of WisdomTree, sat down with me recently to discuss how the changes better capture the evolution of the company. 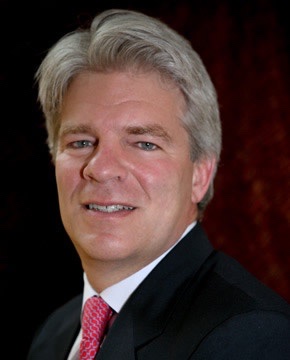 The brand evolution centers around the expanding vision and lineup that WisdomTree is building out, and the innovation the company is hoping to achieve as one of the prime movers of traditional finance asset managers into blockchain technology.

“A few years back, we asked ourselves two questions strategically: one of them was, ‘What could do to ETFs what ETFs have done to mutual funds?’” Lilien explained. The second question was, “As an asset manager, where we have one revenue stream, what do we do in a world where expense ratios keep getting lower and lower, and some even at zero? How do we live in a world of zero expense ratio?”

WisdomTree was founded more than 15 years ago with a focus on ETFs and currently has an expansive offering of 72 ETFs that cover many traditional strategies such as dividends, market cap-specific funds, and high yield fixed income. It also offers more innovative funds such as its ex-state-owned lineup of EM ETFs, its efficient core domestic and EM funds geared towards model portfolios, and, more recently, its expansion into the world of crypto and blockchain.

The blockchain that Lilien is referring to isn’t what comes to mind when most people hear crypto or blockchain; it’s not cryptocurrencies and the volatile markets built around cryptocurrencies, or the crypto winter that crypto as an asset class is experiencing. Instead, it’s the use case of blockchain technology and all the potentials it has to offer an increasingly digital world, something that Lilien believes is currently still in the new dawn stage of a bull market as far as blockchain innovation and disruption goes.

“Sometimes people say, ‘How do you compete with these crypto players?’” explained Lilien. “We’re not trying to play crypto, we’re trying to play blockchain-enabled, and the other people that we’re competing with are the State Streets and Fidelities and Goldman Sachs and JPMorgans.”

The blockchain-enabled innovation potential is what WisdomTree has been working to build towards over the course of the last three years, and it will be expanding hugely this quarter and into next year with a robust lineup of blockchain-enabled funds and WisdomTree Prime, a blockchain-native financial app that is currently awaiting regulatory approval.

“Today in financial services there’s this artificial division between investing, saving, and spending,” Lilien explained. Because of this division, many people end up with cash just sitting in a brokerage account or checking account that they keep as dry powder should they suddenly need the ability to move money around between their different accounts.

“The great thing in the blockchain-enabled world is that it’s all also currency: I can use that as the cash that’s sitting in my brokerage account, and as soon as I want to trade, I can use it as the investment source,” said Lilien. “I never need to have lazy cash and if a 4% difference [through a fund like the WisdomTree Short-Term Treasury Digital Fund (WTSY) that earns 4%] on the kind of cash that we all hold in these various places unnecessarily earning zero, the value to us as consumers is compelling.”

“We’re Playing for the Next Evolution in Financial Services”

This expansion into the digital world and moving beyond just ETFs is at the core of the WisdomTree brand evolution. WisdomTree is a well-established name within ETFs, but the company isn’t a massive one like BlackRock or Vanguard. This size differential actually plays in favor for WisdomTree and allows it to be more innovative and to move more nimbly and quickly into innovation, in this case the blockchain-enabled frontier, than some of the largest issuers might be able to.