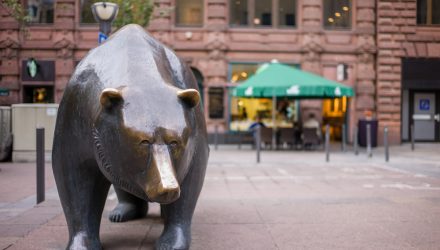 Why Buybacks and WTV Work in Bear Markets

Volatility has been the name of the game in markets since the end of 2021, and with geopolitical tensions and effects only adding to pandemic constraints on the supply chain and global economy, advisors and investors are feeling the squeeze. Speculative investments have taken an enormous hit in the pivot from growth to value, with the Nasdaq 100 officially entering bear territory on Monday and the S&P falling into its “death cross,” which often can signal further weakening ahead.

WisdomTree’s Jeff Weniger, CFA and head of equity strategy, explains in a recent blog post for WisdomTree that the big share-issuing companies have historically been the hardest hit in bear markets. Looking back over the six bear markets within the last 50 years shows that the heaviest shareholder diluters always fell drastically, while buyback companies tended to fare far better. 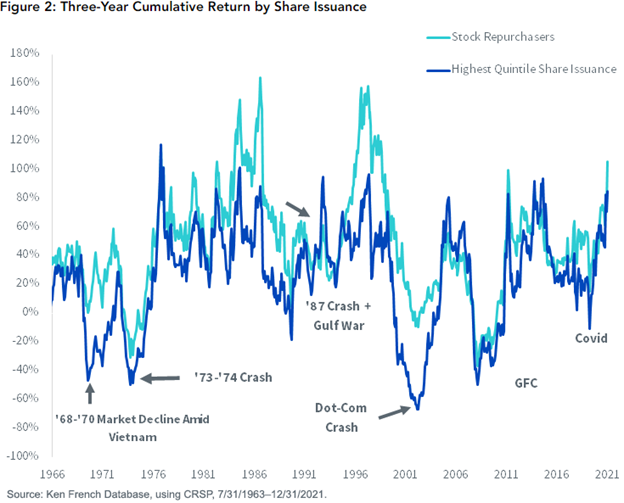 “For example, look at the 1968–1970 bear market. The heaviest shareholder diluters were halved. Then they caught a three-year rally, only to be halved again in the 1973–1974 bear market,” Weniger writes. “Or the dot-com wreck. The big diluters declined by two-thirds over three years. In all three of those bear markets—and in the others—the stock repurchasers remained standing.”

That’s not to say that buyback companies didn’t suffer losses too, but those losses were much less compared to those of the companies that issued new shares, thereby diluting the ownership percentage of shareholders.

Weniger believes that there has been a shift that will result in a multi-year value cycle as interest rates increase and the Fed works to tighten its balance sheet. Through investing in companies practicing buybacks and avoiding the diluters, investors could capitalize on the changing market environment.

Investing in Buybacks and Dividend-Paying Companies With WTV

The WisdomTree U.S. Value Fund (WTV) is an actively managed fund that combines investment in buybacks with dividends that can be stronger performers in a market downturn. It invests primarily in U.S. equity securities that have high total shareholder yield and demonstrate strong quality characteristics such as profitability and returns on equity.

The fund utilizes a model-based strategy that focuses on long-term investment and performance by investing in around 200 companies that have high total shareholder yield created through dividend distributions or buybacks, as well as quality characteristics. It invests primarily in large- and mid-cap companies in the U.S. or listed on U.S. exchanges and has no exposure to share diluters.

WTV carries an expense ratio of 0.12% and was formerly the WisdomTree U.S. Quality Shareholder Yield Fund (QSY) with an inception date from 2007.