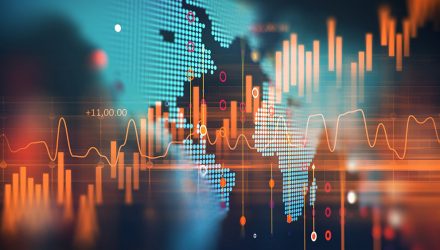 The Intersection of Politics and the Markets

Last week’s “Behind the Markets” podcast focused on the intersection of politics and the financial markets, with Greg Valliere, chief U.S. policy strategist at AGF Investments, and my colleagues Jeff Weniger and Liqian Ren.

Valliere believes that, if the election were held tomorrow, former Vice President Joe Biden would win decisively. But he expects that a lot more will happen between now and November 3, including that President Donald Trump’s current gap in the polls will narrow.

Everyone is looking for Biden’s pick for vice president this week, and Valliere believes this choice will illustrate whether Biden is a pragmatist or a populist. The conventional wisdom says he will pick Senator Kamala Harris, but many Biden supporters remain upset about the knife she stuck in his back during the first Democratic presidential debate. Valliere thinks she would be the most qualified to be president if something were to happen to Biden.

Valliere’s wild card choice is Val Demings, the former police chief of Orlando, Florida. She is a member of the House of Representatives and was on the impeachment team that went after President Trump. Demings would help inoculate Biden on the recent issues surrounding violence and calls to defund the police.

The House is likely to stay liberal in November, and Valliere sees the House initiating a lot of activist legislation like the “Green New Deal” and tax hikes. The Republican-led Senate has been able to block such legislation up to this point because of its 53-47 majority.

He believes the Democrats are likely to lose a Senate seat in Alabama, and the question is whether they can pick up four seats to gain an advantage. Valliere believes the four seats that will likely swing in the Democrats’ favor are Susan Collins in Maine and openings in Colorado, Arizona and North Carolina. That would produce a partisan tie in Congress, which a Democratic president would break.

Valliere was surprised by some polls for South Carolina’s Lindsey Graham, who he would have thought would win re-election in a landslide. Instead, they show a close race. Likewise, in Kentucky, Mitch McConnell is in a closer race than many would have expected.

Valliere noted that there is one chance a year the Democrats could enact the Biden tax plan with only 50 votes, and that is during the budget resolution process.

He believes Biden would not attack his tax proposal right away and that the provisions would not take place until 2022. The corporate tax that was brought down to 21% would likely go toward 28%, but even more impactful could be the introduction of a minimum tax for big technology companies that do not pay a lot of tax today.

We focused the second half of the conversation on what is happening regarding tensions with China. Weniger pointed out that as Biden rose in the polls, China performed better, as did Chinese technology-oriented stocks. Trump has been harsh on Chinese tech companies, with recent executive orders banning the use of TikTok and WeChat. We recently explored what a Biden presidency would mean for China.

Politics have been unavoidable. To get the latest thinking on the election and what it means, you can listen to the full conversation below.

Behind the Markets on Wharton Business Radio · Behind The Markets Podcast: Greg Valliere & Jeff Weniger