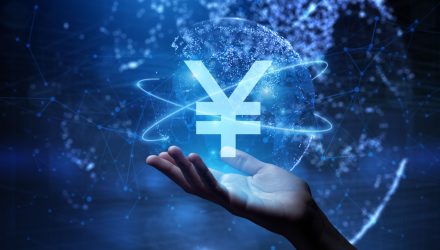 The Case for Investment in Japan

The strengthening dollar could mean hardship for much of the global economy and emerging market currencies, but on the other side of the world, Japan looks to be well positioned for several reasons.

The yen, Japan’s currency, has weakened over the last two years, and Jeff Weniger, head of equity strategy, finds that particularly noteworthy because it has done so despite a lack of inflation. 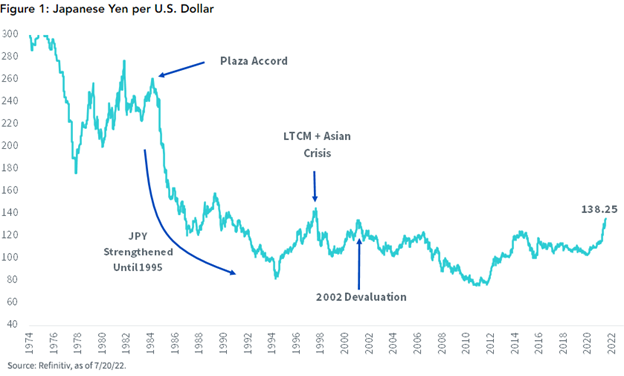 “The yen’s collapse is even more remarkable when you consider that Japan’s consumer price inflation was 2.5% over the last year — a far cry from the 9.1% rate in the U.S.,” Weniger wrote in a recent WisdomTree blog post.

The yen’s weakness could mean an opportunity for Japan, particularly when looking at it in comparison to the Chinese yuan. Japan and China are the largest trade rivals in their region and the yen is nearing a conversion of ¥20.56 per Chinese yuan, the weakest it will have ever been to the CNY. It means that much of Japan’s industry is now attractively priced when compared to China and could prompt a shift in foreign interest and trade away from China and to Japan.

“Another thing that I think is wildly bullish is the BOJ (Bank of Japan) is not balking; they are committed to QE (quantitative easing),” said Weniger on a call with VettaFi.

While the Federal Reserve will continue to hike until they have undeniable proof that inflation is retreating, the Bank of Japan continues to sit at a zero interest rate, which has big implications when looking at investing from a TINA perspective.

TINA is a term that was invented around the Financial Crisis of 2008-2009 and stands for “There Is No Alternative” when it comes to equities. It essentially means that investors have no choice but to invest in stocks because bonds and other alternatives are performing worse, or equities are simply performing that strongly. TINA has been a popular investment thesis in the long bull run of the last decade in the U.S. and invests essentially along momentum. 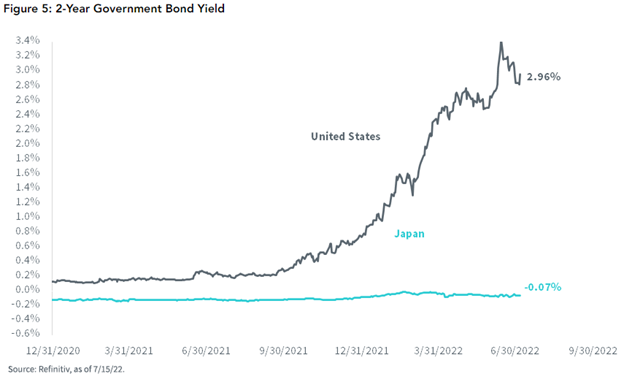 In the U.S. TINA investing goes away the higher Fed funds go but in Japan with a zero-interest rate policy, TINA remains a favorable framework. Weniger explains one way to look at it: if you were to compile a list of all the S&P 500 stocks that have yields 10% higher than the two-year Treasury yield and also compile a list of companies in Japan from the TOPIX 500 using the same method with the two-year JGBs, there would be 38 companies in the S&P 500 and 133 in the TOPIX 500 that meet the criteria.

The WisdomTree Japan Hedged Equity Fund (DXJ) offers investment into the Japanese equity market while hedging for currency fluctuations. It’s a pure play on Japanese stocks, as it removes the impact that the yen’s value has while still offering exposure to Japan’s equities. It is a popular choice when the yen is weak relative to the U.S. dollar.