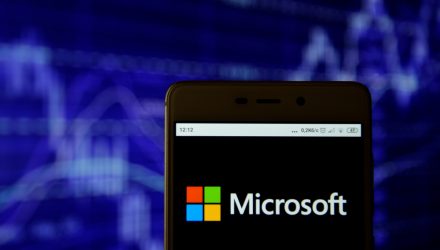 Microsoft Wants a Seat at the Tech Regulation Table

Microsoft’s President, Brad Smith, believes that regulation for the technology industry is on the horizon and an inevitability, and instead of fighting it, tech companies should help shape the way it looks, reported CNBC.

Smith was in Washington, D.C., for the International Association of Privacy Professionals, at which he spoke, along with Apple CEO Tim Cook. Two company heads represent the two different perspectives on regulation, with Cook speaking against the harms of antitrust legislation for consumer privacy protections while Smith believes there is a way to be found that would benefit all, as long as the major tech players are part of the equation.

“It doesn’t matter whether you like it or hate it,” Smith said on CNBC’s “Tech Check” Wednesday with Steve Kovach. “And it’s right for people to point out the issues that cause concern, but more than anything, we need to lean in and figure out how to make this work because it will not be a success unless we do that.”

Smith, and Microsoft, have often taken an approach when it comes to legislation that puts them counter to many of their peers. It’s a position that Smith doesn’t mind, as he has worked hard to establish a more positive relationship with lawmakers since the antitrust case for Microsoft in the early 2000s.

Proposed legislation regarding competition rules would bring Microsoft back into scrutiny, but Smith believes that the industry should be a part of the conversation to help steer rules in a meaningful way that would benefit all.

Current rules being considered would put user privacy in harm’s way as it would allow users a way to go around the centralized App Store for Apple, Cook explained at a keynote speech at the same event. The App Store works to ensure the products listed on it are safe for consumers and secure. Smith thinks there is another way.

Tech regulations are something that countries worldwide are grappling with and working to define, and working with U.S. legislators ultimately would benefit everyone, Smith believes.

“The Europeans, the British, the Australians, the Japanese, and the Koreans are all moving forward,” Smith said. “We’re going to be better served as a country if the United States plays an active role as well.”

Investing in Microsoft with WisdomTree

For investors seeking exposure to the technology sector, which is experiencing a rally as earnings season kicks off, the WisdomTree Growth Leaders Fund (PLAT) offers exposure to companies such as Microsoft. The fund seeks to invest in mid- and large-cap companies that are high growth and have business models that are platform-based.

PLAT seeks to track the WisdomTree Growth Leaders Index, an index that contains companies that have demonstrated revenue growth and generate revenue from business lines that take place on modern platforms (a multi-sided business model that facilitates interaction between two different, independent groups via technology) or else in digital marketplaces. Platform types included are payment, social networking, communication, social gaming, content, and development.

Companies included in the index are listed either on a U.S. or European stock exchange, with China-domiciled companies listed on a Hong Kong stock exchange or domestically in China. Companies must have revenue growth over the last three years of at least 7%, have a float-adjusted market cap of $2 billion or more, and other trading requirements.

The index is balanced by equal and market cap weights of securities, with a max weight of 9% at annual rebalance. Securities within the index are volume factor adjusted to lower trading volume companies have reduced weights, and non-U.S. securities are capped at 12%, with Chinese securities capped at 5%.