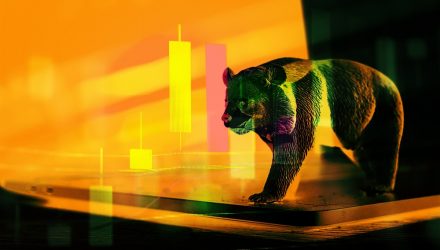 Markets Are So Bearish, Any Positive Metrics “May Cause Large Relief Rallies”

The hot inflation report for September has bumped Fed Funds Futures estimates to an expectation of 0.75% interest rate increases at both the November and December meeting, but Professor Jeremy Siegel believes that the Fed is incorrectly measuring current inflation indicators. Markets are so bearish now that they could be set-up for a short-term swing.

Professor Siegel is an emeritus professor of finance at the Wharton School of the University of Pennsylvania and senior investment strategy advisor to WisdomTree. He recently gave commentary on what current inflation numbers are indicating and how markets have reacted in a commentary piece for WisdomTree.

Housing and homeowners’ equivalent rent is the core component that is driving current inflation, Siegel explained, making up about 40% of core CPI. Currently, the Case-Shiller Home Prices Indexes have grown 40% from pre-pandemic levels but the U.S. Bureau of Labor Statistics is only signaling a 12% increase currently.

Housing prices are on the decline right now, but because the housing inflation number lags significantly within CPI and core CPI, housing price increases from the past are driving current inflation reports.

“This means the Fed was not acting enough last year, but now is acting too much,” Siegel believes.

Market reaction to the initial release of September’s CPI report was an initial decline but then these bearish markets reacted strongly and positively to positive earnings reports from airlines on Thursday and decent bank earnings on Friday.

“I think the market has been so bearishly positioned that any metric which implies the Fed will start recognizing inflation pressures are coming down and earnings are robust,” are causing strong market responses, according to Siegel. “This may cause large relief rallies.”

Siegel believes that current markets are 20% undervalued if you include the increase in money supply over the previous two years as well as broad valuations and that even if earnings were to fall 20% in both 2023 and 2024 before returning to current levels, prices would drop just 2%.

“Stock prices are much more volatile in reality compared to what rigorous asset pricing would imply,” Siegel wrote. “Long-term investors should welcome the decline in prices as attractive long-term entry points.”

This ETF Takes the Worry Out of Anticipating Interest Rates 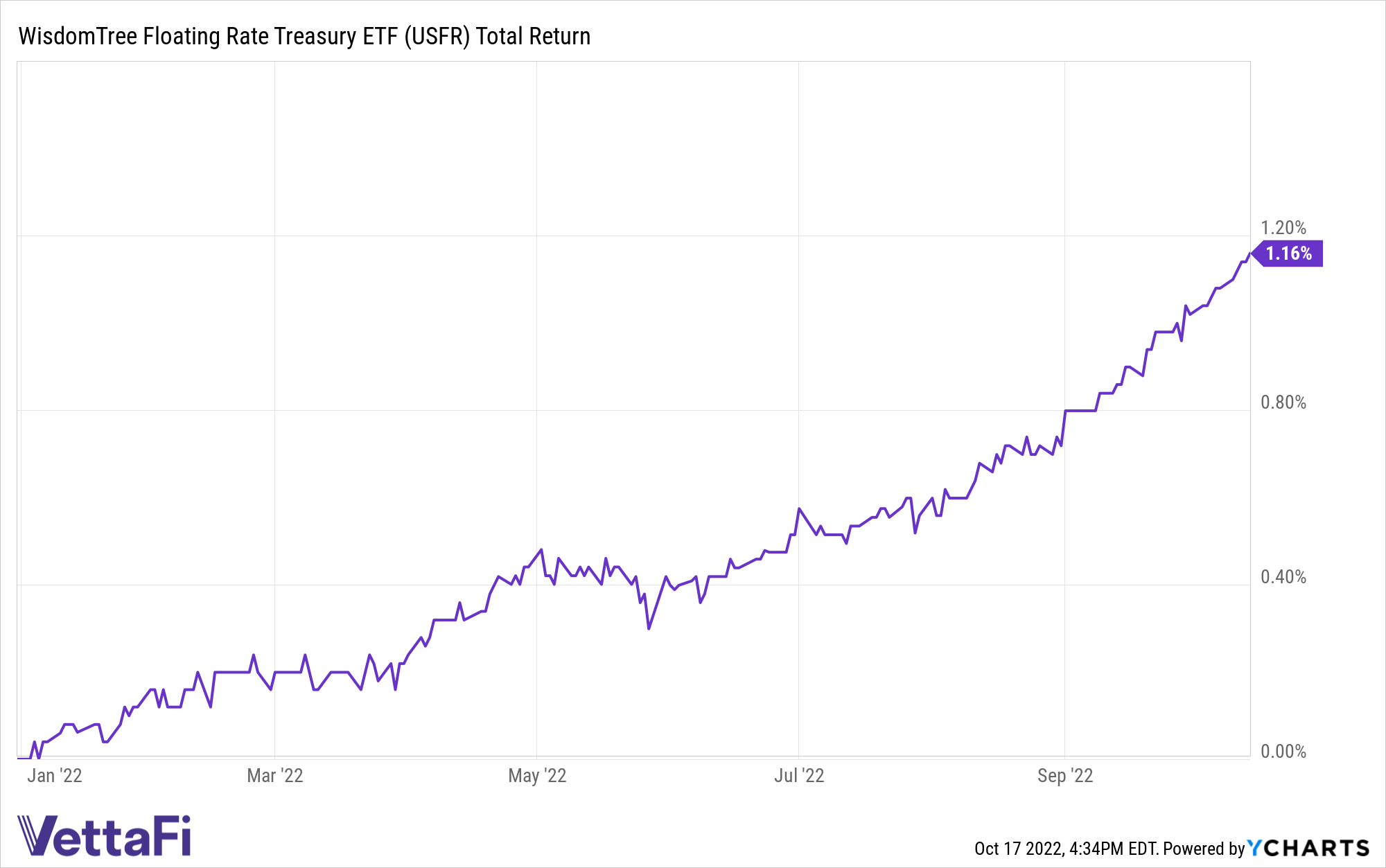 The fund capitalizes on using floating-rate notes by the U.S. Treasury and can be an excellent option for investors looking to limit their amount of credit risk but still capture higher yield potentials in rising-rate environments.

WisdomTree believes floating rate debt is an essential bridge between long-maturity, fixed-rate Treasury Bonds, and short-maturity Treasury bills. By investing in floating rate Treasuries, holders are paid out quarterly, and the amount paid is based on a rate that resets daily at about a weekly rate. It can be a good option if Treasury bill yields are rising because it provides the opportunity for greater compensation over a fixed-rate bond.

Another benefit to a floating rate is that price volatility can be somewhat lessened by the weekly resets when compared to fixed-income bonds. Treasury floating rate notes are a good option when the yield curve is flat or inverted.

USFR seeks to track the Bloomberg U.S. Treasury Floating Rate Bond Index, which measures the performance of floating-rate notes of the U.S. Treasury and contains floating-rate notes with two-year maturities and a minimum outstanding amount of $1 billion. The index uses a rules-based strategy and is weighted by market cap. The index excludes fixed-rate securities, Treasury inflation-protected securities, convertible bonds, and bonds with survivor put options.