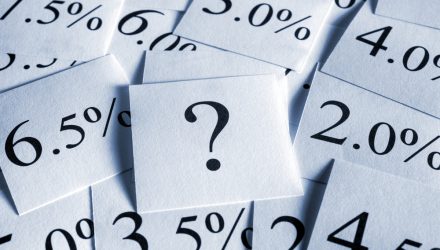 The Federal Reserve appears intent on keeping interest rates low for some time, perhaps into 2023, but some fixed income market observers believe advisors should have some preparation in place on the chance the central bank reverses course.

One way of gaining that preparation is via model portfolios, such as WisdomTree’s Fixed Income Model Portfolio.

This model portfolio could become increasingly alluring for advisors and their clients if Democrats win the White House and gain control of the Senate while maintaining the current house majority.

“Last week in the U.S. Treasury (UST) market, this possibility began to filter into the conversation—if not the outright pricing mechanism—to a certain degree,” said Kevin Flanagan, head of WisdomTree fixed income strategy, in a recent note.

A few years ago, interest rates had been rising steadily and the belly of the yield curve was significantly underperforming. If an investor was in an intermediate term fund, they would have been lagging the market for over a year, but if they had incorporated a bond ladder holding short, intermediate and longer maturity bonds, they could have been less impacted by the uneven movement of interest rates.

“Based upon price action last week, combined with attendant market commentary, it appeared as if investors were coming down on the side of our scenario #2: Increased government spending will lead to higher growth,” notes Flanagan. “Put simply: higher government outlays/GDP + rising budget deficits = higher UST 10-year yields. As of this writing, the yield was just shy of 0.80%, and as you can see from the above graph, this level has not been penetrated since June.”

Within the model portfolio are some shorter duration ideas, including the WisdomTree Fundamental U.S. Short-Term Corporate Bond Fund (CBOE: SFIG).

SFIG, which tracks the WisdomTree U.S. Short Term Corporate Bond Index, has an effective duration of 2.64 years and a distribution yield of 1.56%, according to issuer data.