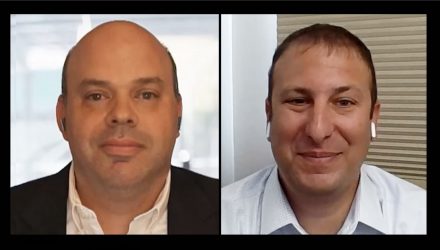 The strength of the U.S. dollar has become an increasingly big concern for investors and brought an increased awareness and refocus on the benefits of currency hedging when investing in foreign markets. Todd Rosenbluth, head of research at VettaFi, recently spoke with Jeremy Schwartz, global CIO of WisdomTree, about the performance of currency hedged products versus their unhedged peers in today’s markets.

“Foreign currencies are dragging down the returns to unhedged ETFs,” Schwartz explained. “If you’re a U.S. investor, to buy a stock traded in euros, you first have to sell your dollars to buy euros to buy the stock and then you have exposure to the European stock trading and the currencies, so you have two sources of return and risk.”

Schwartz goes on to describe how in the current global market, the MSCI EAFE (Europe, Australasia, and the Far East) Index is down almost the same degree that the S&P 500 has dropped in 2022, with over half of its performance being pulled down by currencies. This means that despite broad outperformance of local market returns internationally — to the tune of about 10% compared to the S&P 500 — the currencies are cutting into returns significantly.

In an environment of a strong U.S. dollar, Schwartz believes the foreign currencies fail to provide diversification, that it is instead the local markets that provide the diversification, not their stocks plus the currency.

There is a widely held belief by advisors that they need to have a particular perspective on the dollar when investing in currency-hedged products, but it turns out they are already expressing a position when they invest in unhedged products internationally.

“It’s a big mindset shift but again, because choosing the benchmark dictates what is active and what is not active, you’ve got to really think hard about how you’re benchmarking yourselves, what are the risks you want,” Schwartz said. “If you just think stocks are cheap around the world and you want the stocks and you don’t know where currencies are going, I think that hedged ETFs are a very good solution for that.”

WisdomTree offers the WisdomTree Japan Hedged Equity Fund (DXJ) which was one of the first ETFs launched by the firm in 2006 and utilizes a dividend-weighted approach, making it a strong value play particularly in a market that has pivoted largely away from growth and into value in 2022. DXJ also has an export tilt which means that it has a global perspective on the companies it invests in instead of solely focusing on domestic companies.

“When you look at the P/E ratios today, you’re getting that basket nine to 10 times earnings. It’s really one of the cheapest baskets around the world so in a year when U.S. rates are rising dramatically, Japan’s are not and so you have a very nice equity risk premium in Japan,” Schwartz explained. “That’s probably one of the strongest cases for DXJ is just how cheap the stocks are when the interest rates are still stuck at zero.”