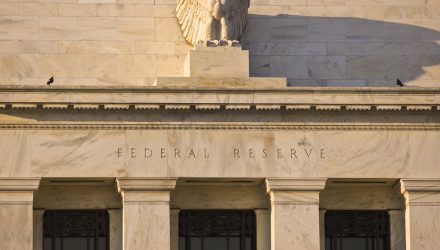 Invest for Volatility as Markets Plummet on Fed’s Inflation Stance

The highly anticipated speech from Federal Reserve Chair Jerome Powell Friday led to disappointment and a market drop-off into the close, with the major indexes closing down for a second week in a row. Powell reiterated the central bank’s fight against inflation, recommitting again to doing what is necessary to bring inflation back under control, reported CNBC.

Stocks had entertained a rally in August after July’s CPI report came in flat month-over-month, leading to speculation that the Fed might ease on rate hikes at their next meeting in September but Powell left little room for doubt when he underlined the importance of bringing inflation down, even at the cost of “pain” for households.

Powell acknowledged that the central bank’s measures to bring inflation back in hand “will also bring some pain to households and businesses. Those are the unfortunate costs of reducing inflation. But a failure to restore price stability would mean far greater pain,” reported the WSJ.

There wasn’t much in the way of any new guidance from the Fed, mostly a reiteration of previous messaging that the central bank is willing to do what it takes to combat inflation, even if it is at the cost of economic recession. What’s more, Powell repeated Fed projections from June that predict interest rates around 4% by the end of next year, possibly in response to recent investor hopes of an easing from the Fed earlier next year.

“We believe what they say that rates are going to be higher for longer and we’ve seen some repricing of the cuts in 2023.,” Zach Hill, head of portfolio management at Horizon Investments, told CNBC. “We think there’s more to go on that front and it’s likely to continue to fuel equity volatility from here.”

Invest for Volatility With WTMF

Managed futures have been an area of alternatives this year that have performed fairly strongly, offering the potential for significant returns in a challenging environment of uncertainty for portfolios. The WisdomTree Managed Futures Strategy Fund (WTMF) is actively managed and seeks non-correlated returns regardless of the directionality of markets.

WTMF is a quantitative-driven fund that utilizes a rules-based strategy to identify price trends in currencies, commodities, equities, and rates markets and takes long and short positions within the futures market. It also can invest up to 5% of its assets in bitcoin futures.

Current asset allocations are 47.09% to equities; 37.51% to commodities such as energy, industrial metals, livestock, and more; 25.62% to financials such as currencies and U.S. rates; and 1.78% to digital assets.