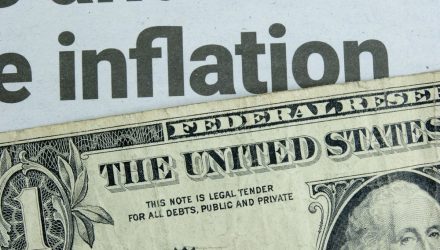 On the most recent episode of the “Behind the Markets” podcast on Wharton Business Radio, hosts Jeremy Schwartz, global CIO at WisdomTree, and Wharton finance professor Jeremy Siegel were joined by Don Kohn, former Federal Reserve Vice Chair and senior fellow at the Brookings Institution, to discuss the latest rate hike by the Fed and the general economic outlook.

Stocks have rebounded recently while the 10-year Treasury yield has fallen to 2.63%, which is a four-month low and the main catalyst for stock recovery, according to Professor Siegel.

“Despite the very slow economic activity — we can debate about whether we want to call this a recession or not — earnings are basically holding up,” Siegel said.

The discussion between the two opened up with rehashing a conversation that happened in December on a previous episode, musing over how the Fed would respond to inflation. Since then, there have been four consecutive rate hikes from the central bank, with the last two being back-to-back 0.75% hikes as the Fed aggressively took on widespread inflation.

“We got what I thought was some pretty bad news today on inflation,” Kohn said. “The employment cost index, which is composition-adjusted wages, showed no sign of slowing at all, and if anything — depends on which measure you look at — if anything, it’s picked up a little bit in the second quarter… there’s no sense of any pressure coming off these labor markets.”

While Siegel agreed that the labor market is still very tight, he did see signs of easing in the rise in unemployment, the decline in shortages, and the fact that the ECI is looking back over an entire quarter while the easing off in the labor markets has only started in the last six to eight weeks.

The Labor Market and Productivity Mismeasurement

Talk turned to the housing market, with Siegel explaining the long lag that is built into how housing is measured in CPI, a key difference between inflation measurements of the 1970s and now, and the collapse of high housing prices that has happened recently alongside a drawdown in commodities.

“I think there’s some encouraging signs on inflation,” Kohn countered. “Tightening of financial conditions because of the Fed increases along with the erosion of real income, because of the increases particularly in food and energy prices but in other prices as well, has slowed spending.”

Kohn saw the primary issue being the strong labor market, and while Siegel’s data points do show some pullback, Kohn said that other indicators remain strong and lead to an overall picture of continued strengthening in the labor market, not a slowdown that would ease inflationary pressures.

The Fed doesn’t just look at the inflation reports and data when determining rate hikes; it also examines activity indicators, price indicators, and labor market indicators to get a broader perspective on where it believes the economy and inflation are headed and how to guide them via rate hikes.

Siegel said that such indicators will take a long period of time to reflect that kind of downward movement, given the construction of the inflation-measuring indexes, leaving a lot of space for the Fed to overtighten.

A commonality that the two were able to find was an agreement that there is some sort of error happening within how productivity is being measured. Siegel explained that productivity was negative in the first quarter (-7.3%) and is likely negative in the second as well, a trend that has never been seen historically.

“It doesn’t make sense to me that businesses are hiring hundreds of thousands of people a month, and that’s some pretty accurate data, and they’re not producing any more with that? Those people aren’t contributing? The marginal product of those 300,000 workers a month they’ve been hiring is zero?” queried Kohn.