You are at:Home»Modern Alpha Channel»Floaters Could Be Fabulous for Fixed Income Investors in 2022 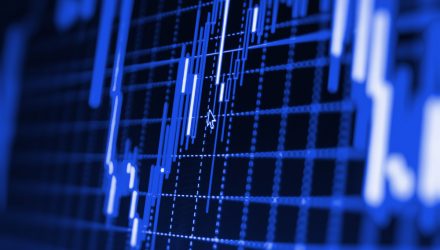 Floaters Could Be Fabulous for Fixed Income Investors in 2022

With inflation running at its highest levels in nearly four decades and proving much more persistent than initially expected, it’s seemingly a foregone conclusion that the Federal Reserve will raise interest rates this year, perhaps multiple times.

“If you look closely, you’ll see that, although yields have increased rather noticeably, the Treasury yield curve, as measured by 2s versus 10s, has actually remained the same,” Flanagan says. “In other words, after a sawtooth pattern to the upside for the UST 10-Year yield, the UST 2-Year note has now caught up and registered an identical rate increase over the last 12 months. The increase of nearly 90 bps in the UST 5-Year note definitely stands out and underscores the reason why rates are poised to move higher from their current levels.”

When yields rise, it’s a particularly thorny issue for longer-dated bonds. Conversely, floating-rate bonds, including USFR components, significantly reduce rate risk. In the case of the $1.84 billion USFR, the fund’s effective duration is just 0.02 years, according to issuer data.

USFR could be an exchange traded fund for bond investors to lean on this year because it’s possible that the Fed goes beyond three rate hikes, particularly if inflation doesn’t cool.

“The policy makers will be very data-dependent on this front, and if you believe, like we do, that inflation will remain stubbornly high, you may want to take the ‘over’ on those three rate hikes, not the ‘under.’ At this point, I believe Powell & Co. will maintain a deliberate approach, but that could change based on future inflation numbers,” adds Flanagan.

Plus, USFR could be a better bet in 2022 than short-term Treasuries and Treasury Inflation Protected Securities (TIPS).

“UST 1–3-Year yields are susceptible to Fed rate hikes, while 10-Year TIPS, or real yields, are not immune to periods of rising rates either,” concludes Flanagan.