You are at:Home»Modern Alpha Channel»China Script Flipped This Year, but Sound ETF Ideas Are Still Out There 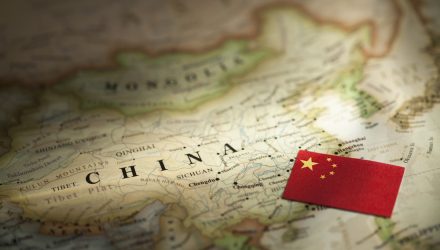 China Script Flipped This Year, but Sound ETF Ideas Are Still Out There

This year, China’s renewed emphasis on industry-level regulations is weighing on stocks there and the related exchange traded funds. While the Chinese Communist Party (CCP) has a history of targeting various industries, getting those groups to acquiesce to government demands, investors were still caught off guard by some of 2021’s goings-on.

China’s previous regulatory regimes were mostly aimed at sectors and industries chock full of state-owned enterprises, such as energy and financial services. However, this year’s crackdown largely focused on private companies, crimping a variety of exchange traded funds, including the WisdomTree China ex-State-Owned Enterprises Fund (CXSE), in the process.

While CXSE and rival China ETFs dealt with plenty of challenges this year, the WisdomTree fund’s methodology could be an indication that when this fund category rebounds, CXSE could be a winner. Plus, it pays to remember that regulatory risk isn’t something new to investing in emerging markets.

“China’s stock market isn’t riskier than it was several years ago. Its government was always working behind the scenes to guide the country’s economic growth and spur its market higher,” says Morningstar analyst Daniel Sotiroff. “China’s central party was largely responsible for expanding its economy through a series of reforms that began in the late 1970s. Ever since, it has been loosening or tightening restrictions as it saw fit, with implications–both good and bad–for investors.”

CXSE, which tracks the WisdomTree China ex-State-Owned Enterprises Index, has scant exposures to sectors that were epicenters of previous Chinese regulatory clampdowns, and, as its name implies, it steers clear of state-owned enterprises. That group of companies, whether in China or elsewhere, have been drags on emerging markets performance for years. Worse yet, the governments controlling those firms rarely align their interests with investors’ interests.

“Politicians who serve in executive roles or on boards of directors at state-owned firms may influence operations in ways that compromise earnings but benefit a country’s economy or its citizens,” adds Sotiroff.

While 2021 hasn’t been a picnic for CXSE, the tide could turn for the better as some Chinese consumer internet companies begin complying with mandates from Beijing. Adding to the case for the WisdomTree ETF is that following the drubbing incurred by Chinese communication services and consumer cyclical stocks earlier this year, CXSE looks like a multi-factor idea because there’s some value to be had without sacrificing rapid rates of growth, and the fund’s holdings exude higher levels of quality because the state doesn’t run these companies.