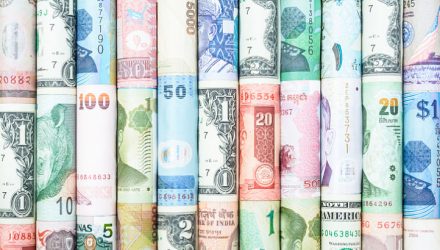 Wage growth data paints a somewhat gloomy picture about current labor market conditions. Despite low unemployment, wage gains have only accelerated to about 2.5% and remain only slightly better than the rate of inflation. However, we believe that demographics may be distorting these figures. The first baby boomers turned 65 in 2011, and each year more and more baby boomers retire.  These workers are typically near the top of the wage scale because they have been in the workforce for so long.

As these baby boom workers fall out of the workforce they are replaced with younger, lower paid millennial workers.  According to the Bureau of Labor Statistics, a 16 to 24 year old worker makes less than 60% of the average worker income. Therefore, every millennial that replaces a baby boomer retiree depresses overall wage growth in the US economy. This turnover in the workforce keeps wage pressures and overall inflation low, but also masks a rapid improvement in the wages earned by these young millennial workers. The chart to the right indexes to 100 the weekly wages of all workers (blue line) and 16 to 24 year old workers (green line) as of the year 2000.

Indexing to 100 adjusts for the fact that 16-24 year olds make so much less than the average worker and allows us to better compare the relative wage gains of the two sets of workers. The chart shows that average worker pay gains slowed after the 2008 financial crisis, but average worker pay didn’t completely stagnate (before accounting for inflation). By contrast, millennials entering the workforce after the financial crisis saw their pay remain virtually unchanged for nearly 6 years – average pay for 16-24 year old workers did not rise above 2008 levels until 2014. After accounting for inflation, these workers saw significant real wage declines during this period.

Over the past three years, however, pay gains for these entry-level workers have accelerated much faster than the average worker. As shown on the chart, recent pay gains have been strong enough to almost catch up with increases in average worker pay that millennials missed during the long period of stagnation. These improved wage prospects help account for an increased rate of US household formation (millennials are moving out of their parents’ basements) and set the stage for improved consumer spending from this key demographic (millennials outnumber baby boomers). 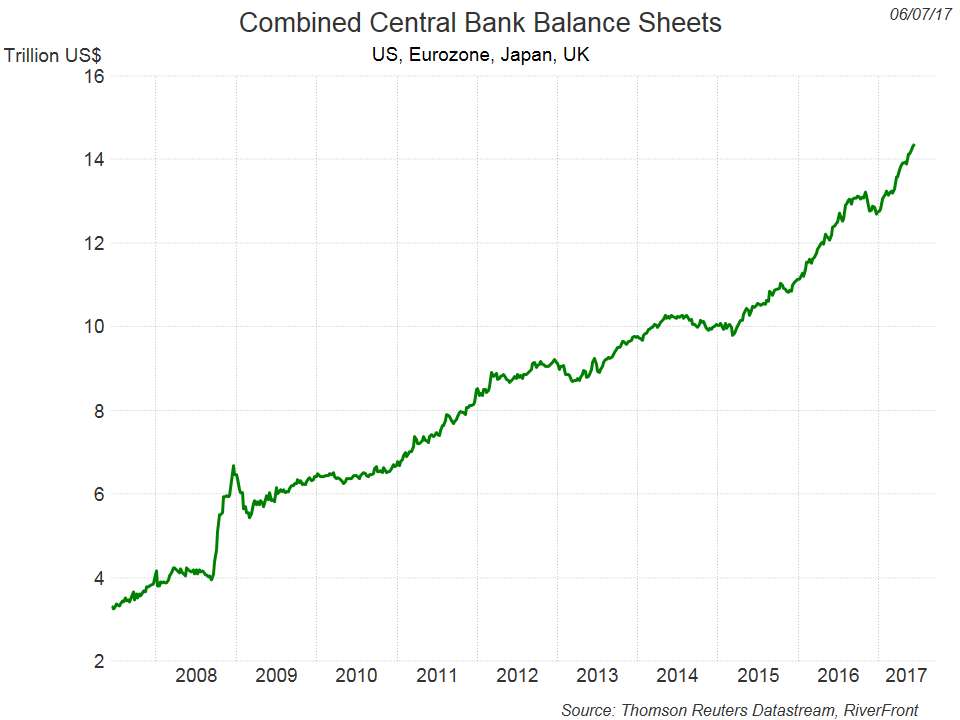 Investment Implications of a Disinflationary Boom

Since the 2008 Great Recession, investors have become accustomed to a sluggish global economy always seeming to teeter on the edge of a renewed economic slump. Each year seems to bring a new reason to fret about the global economy (e.g. hard landing in China, deflationary spiral, Brexit, and now a special counsel investigating the Trump administration).

In addition, the long bull market in US equities inevitably prompts a question as to when the party must end. We think these periodic panics are a reassuring indication that the market continues to climb a wall of worry, and that valuations and investor sentiment are not at the levels that have historically brought a bull market to an end.

If the current positive policy and economic trends remain in place in the US and Europe, as we expect, then the next surprise confronting investors may be the robustness of the global economy and the potential longevity of the equity bull market.

This article was written by Michael Jones, CFA, Chairman and Chief Investment Officer at RiverFront Investment Group, a participant in the ETF Strategist Channel.

Strategies seeking higher returns generally have a greater allocation to equities. These strategies also carry higher risks and are subject to a greater degree of market volatility.

RiverFront’s Price Matters discipline compares inflation-adjusted current prices relative to their long-term trend to help identify extremes in valuation. Diversification does not ensure a profit or protect against a loss. In a rising interest rate environment, the value of fixed-income securities generally declines.

Technical analysis is based on the study of historical price movements and past trend patterns. There are no assurances that movements or trends can or will be duplicated in the future.

RiverFront Investment Group, LLC, is an investment adviser registered with the Securities Exchange Commission under the Investment Advisers Act of 1940. The company manages a variety of portfolios utilizing stocks, bonds, and exchange-traded funds (ETFs). RiverFront also serves as sub-advisor to a series of mutual funds and ETFs. Opinions expressed are current as of the date shown and are subject to change. They are not intended as investment recommendations. Any discussion of the individual securities that comprise the portfolios is provided for informational purposes only and should not be deemed as a recommendation to buy or sell any individual security mentioned. Copyright ©2017 RiverFront Investment Group. All rights reserved.