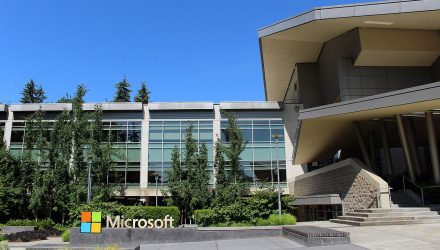 Microsoft (MSFT) stock rose 5 percent on Thursday to $107.56 after the company released a strong quarterly report that beat expectations on both earnings and revenue.

Much of the Microsoft’s better-than-expected results may be attributed to the its Intelligent Cloud segment, which contains server products and cloud service (such as Microsoft Azure). Microsoft continues to emphasize the growth of its business-focused cloud services as it challenges similar services offered by competitors such as Amazon, Alphabet, and Salesforce.