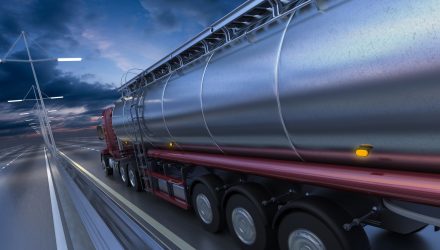 Some oil market observers believe crude can continue surging. Analysts at Commerzbank said the report of lower output from the cartel’s biggest oil producer have “lent support” to prices. Furthermore, the markets widely believed that Saudi production rose in July since OPEC and its allies agreed in late June to increase crude output in July after capping output for more than a year.

“Energy expert John Kilduff counts Iran sanctions as the top reason West Texas Intermediate (WTI) could climb as much as 30 percent by winter, and that could spell $4 a gallon unleaded gasoline at the pumps,” reports CNBC.

While crude oil prices have pulled back from three-and-a-half year highs as major global oil producers sought to raise output, the oil market still found support from geopolitical risk to supply in Iran. Observers anticipated renewed U.S. sanctions to stifle the Middle Eastern country’s crude exports in the months ahead.

With some Iranian supply going offline as crude hovers near $70 per barrel, the next stop could be $75, which could spark added upside.

Asia could provide a supporting pillar for the energy market as demand among Asian economies is expected to surpass $1 trillion this year, or twice as much as in 2015 and 2016. Asia-Pacific consumers consumes over 35% of the 100 million barrels of oil the world uses per day and the percentage is only rising, Reuters reports.

Pair Iran with a booming U.S. economy and soaring driver demand for gasoline, and Kilduff contended that Wall Street is coming up with a bullish scenario for crude that it hasn’t had in years,” according to CNBC.