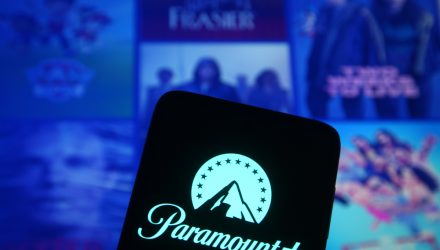 Paramount was rebranded from ViacomCBS in February to emphasize its flagship Paramount+ streaming service. Paramount is also Berkshire’s second piece of exposure to the growing online streaming presence, alongside the company’s top holding, Apple. While Paramount missed earnings expectations for its latest quarterly report, the Paramount+ platform added 6.8 million subscribers during the first quarter.

Buffett is a well-known value investor, targeting stocks he likes during a downturn for a cheap entry point like the one seen recently.

The TV Media Division, whose revenue still makes up over three-quarters of the company’s total, posted a moderate quarter, but it still exceeded estimates on the bottom line, Deadline reports.

“We have written and are executing on a differentiated playbook to grow a diversified entertainment company and build a financially attractive business with healthy long-term margins,” CEO Bob Bakish said at the time.

Bloomberg Intelligence analyst Geetha Ranganathan argued that the company’s best path may be to be bought up by another company, Bloomberg reported.

“Despite its streaming success, we expect Paramount to remain subscale, suggesting that it eventually will have to sell itself to a bigger media company or a deep-pocketed tech giant,” Ranganathan said in a note. The company’s “digestible size (enterprise value around $35 billion), streaming success, and content-production capabilities that include a film studio make Paramount an attractive target.”