You are at:Home»Featured»McDonald’s Serves Up International Menu Items At Home 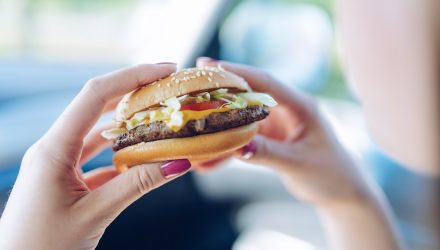 With the world becoming increasingly more accessible due to faster and more economical travel options, Americans are exploring the globe, and discovering an appreciation for foreign culinary delights.

Fast-Food behemoth McDonald’s is capitalizing on this trend, by offering some of its most popular international menu items to consumers in the United States.

McDonald’s will start advertising and selling the Stroopwafel McFlurry, the Grand McExtreme Bacon Burger, the Tomato Mozzarella Chicken Sandwich, and Cheesy Bacon Fries at participating McDonald’s locations nationwide starting June 5. The company announced the limited-time promotion on Wednesday.
For those who don’t know, the stroopwafel is a pastry made from two very thin, crisp waffles filled with caramel syrup, and is also sold at IKEA and other retail establishments in the U.S.
Despite the fact that the new menu items are from the Netherlands, Spain, Canada and Australia, making them seem foreign to consumers, they’re actually not that different from what McDonald’s already serves, noted Sam Oches, editorial director of Food News Media at QSR magazine.
“These are fairly easy to do, fairly easy builds,” he said. “They might see it as … an easy marketing win without stretching the operations too much,” he said. McDonald’s has been trying to streamline its menu to increase speed and efficiency, and to ease the burden on franchisees. The international items don’t require many new ingredients.
McDonald’s also noted that, “After such a positive customer reaction to Australia’s Cheesy Bacon Fries in the US, they’re taking a victory lap.”
“We know our US customers are curious about McDonald’s international menu items,” Linda Van Gosen, McDonald’s vice president of menu innovation, said in a statement. She added that the company is “thrilled to leverage our global scale and offer popular flavors from around the world next month.”
“Americans are increasingly traveling to international destinations, and there’s added excitement around menu items that have been developed for these global markets,” said Jill Failla, food service analyst for the research firm Mintel. “It makes a regular menu item more exotic and fun.”

Investors looking into food service ETFs and funds that hold McDonald’s could consider XLY, DIA, and VCR, as well as: