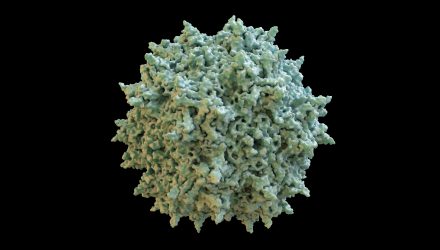 U.S. markets were mixed to lower on Thursday due to broadening concerns over the Chinese coronavirus.

Fatalities from China’s new virus climbed to 17 on Wednesday with over 540 cases confirmed, heightening worries of contagion from an infection suspected to have resulted from illegally-traded wildlife.

The previously unknown, flu-like coronavirus strain is believed to have initiated in an animal market in central Wuhan city, a common spectacle in many Asian countries, with cases now detected as far away as the United States, including a gentleman in Seattle.

On Tuesday, the World Health Organization (WHO), warned that the coronavirus was likely to disseminate. “More cases should be expected in other parts of China and possibly other countries in the coming days,” said WHO spokesman Tarik Jasarevic.

In comparison with the secrecy that surrounded the outbreak of the Severe Acute Respiratory Syndrome (SARS) that killed nearly 800 people, China’s communist government has this time provided regular updates in an effort to stem panic as millions travel for the Lunar New Year.

“The rise in the mobility of the public has objectively increased the risk of the epidemic spreading,” National Health Commission vice-minister Li Bin said.

The World Health Organization (WHO) was meeting to rule if the outbreak was a global health emergency.

“The best way to conquer fear is to confront fear,” said one commentator on China’s Twitter-like Weibo.

The coronavirus, which can result in pneumonia and has no effective vaccine, was being spread via breathing. Symptoms include fever, coughing and difficulty breathing, and scientists are calling it a “super spreading” event, where one infected person can spread the disease to a plethora in rapid fashion.

Professor Gabriel Leung from the University’s of Hong Kong’s faculty of medicine explained at a press conference on Tuesday, “It is absolutely critical that public health authorities recognize a super-spreading event in the very earliest stages. Before it goes absolutely explosive.”

Civilians are fearful of the government’s ability to contain the virus.

“I believe the government for sure, but I still feel fearful. Because there’s no cure for the virus,” said Fu Ning, a 36-year-old woman in Beijing. “You have to rely on your immunity if you get an infection. It sounds very scary.”

Meanwhile, President Trump said the United States’ Centers for Disease Control and Prevention had a solid containment plan. “We think it is going to be handled very well,” he said at a conference in Davos, Switzerland.