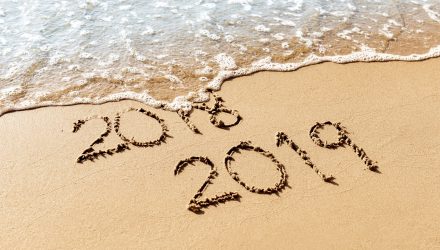 Markets Look to End 2018 on a Positive Note

With less than 24 hours left in 2018, the markets look to end on a positive note and it started that way with the Dow Jones Industrial Average rising over 150 points to start the last trading session of the year.

The markets got a slight prop up with news that trade negotiations between the United States and China are progressing.

Just had a long and very good call with President Xi of China. Deal is moving along very well. If made, it will be very comprehensive, covering all subjects, areas and points of dispute. Big progress being made!

“The threat of an escalating trade war has chilled US business confidence, with managers uncertain as to if/how they should restructure global supply chains,” wrote Nicholas Colas, co-founder of DataTrek Research.

“The most bullish case here is that the tariff issue will be settled in Q1 2019, and a meaningful resolution should be enough to trigger a first half rally for stocks,” Colas added. “Against that optimistic take are two bearish outcomes: one, that these negotiations take longer and two, that they fail outright.”

Bears Behind the Rallies

Bleakley Advisory Group chief investment officer Peter Bockvar warned investors that any semblance of a monster rally in the markets in the forthcoming weeks won’t necessarily signal a resurgence of stocks. In fact, it could be a bear market in disguise.

“We are in a bear market, and a bear market is not just going to end in a couple of months considering the ten years of a bull market,” Bockvar told CNBC.