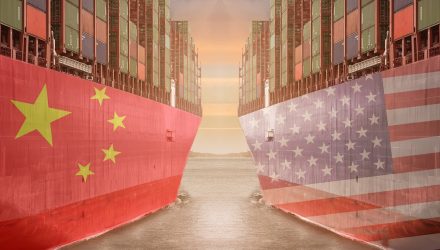 After a rough ride of a week, markets are still oscillating between red and green as investors express concern over a U.S. and China trade war.

In response to tweets by President Donald Trump earlier that China “just informed” the White House that its vice premier will lead a delegation “coming to the U.S. to make a deal” on trade, China has promised to take “necessary countermeasures” against the U.S. if the White House follows through on its threat to increase tariffs on Chinese goods on Friday.

The Chinese Commerce Ministry said Wednesday that Beijing will retaliate if U.S. tariffs on $200 billion of Chinese goods is hiked to 25% from 10% as threatened by President Donald Trump in these tweets:

“The escalation of trade friction is not in the interests of the people of the two countries and the people of the world,” the Chinese ministry said according to a Google translation of the post. “The Chinese side deeply regrets that if the US tariff measures are implemented, China will have to take necessary countermeasures.”
White House press secretary Sarah Huckabee Sanders later fortified Trump’s tweet, saying the Trump administration has received “indications” from the Chinese delegation that they would like to make a deal. The precise “indications” conveyed by the Chinese were not immediately clear and Sanders did not offer further detail.
Trump has been actively tweeting since before he was elected to office, and there is little doubt that markets are affected by his comments, as investors struggle to make sense of the messages.
A strong advocate for Twitter, Trump describes its use as a great way to address the citizens of the U.S. directly without the need for “biased” mainstream media outlets. However, critics maintain that the office of the POTUS should refrain from tweets that are personal in nature, incendiary or inflammatory.