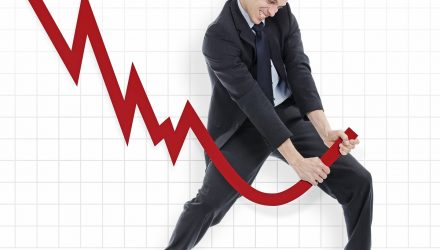 Markets Give Up Wednesday Gains As Coronavirus Panic Resurfaces

Markets are tanking once again on Thursday, after attempting to continue Tuesday’s run higher and failing, as markets remained fearful in the face of the burgeoning coronavirus.

The Dow Jones Industrial Average has plummeted about 962 points, or 3.5%, while the S&P 500 has fallen a similar 3.4% as the Nasdaq Composite has fallen 3%. Stocks were affected by the tanking 10-year Treasury note rate, which fell to an all-time low below 0.9%. Meanwhile, the major stock index ETF:  the SPDR S&P 500 ETF Trust (SPY), the SPDR Dow Jones Industrial Average ETF (DIA), and the Invesco QQQ Trust (QQQ) are all in negative territory as well, as losses mount on Thursday mid-day trading.

California declared a state of emergency after a coronavirus-related death and 53 confirmed cases in the state, while the toll in the United States as a whole has risen to 11. All but one of the deaths occurred in Washington state, and most of them are from a single nursing home in the Seattle area. The other death occurred in California, just outside Sacramento.
While the virus’ spread has fallen off significantly in China, infections were climbing fast in the U.S. and elsewhere. At least 160 people in at least 17 states were infected by Wednesday, including the outbreak in the Seattle area.

“The majority of this is just growing concern about the fallout from the virus because it’s spreading,” said Tom Essaye, founder of the Sevens Report. “For every hour, another group of people have it, and it’s in another state. People are getting a bit nervous about this constant barrage of headlines.”

While many attributed the rally on Wednesday to the success former Vice President Joe Biden displayed during Super Tuesday, that hype has quickly faded, as stocks have given back nearly all of Wednesday’s gains.

“The optimism coming off Super Tuesday has come and gone, and we reverted to being driven by fear over the containment of the virus and the impact it’s going to have on the global economy down the road,” said Mike Loewengart, managing director of investment strategy at E-Trade.

Even other markets are somewhat lackluster in comparison to the typical rush to safe-havens, one might see due to market uncertainty, suggesting generalized panic is still present.

“Despite the rally in stocks (Wednesday), Treasury yields and gold prices did not respond in-kind,” said Matt Maley, chief market strategist at Miller Tabak. “None of the other markets saw the kinds of moves yesterday that would indicate that we’re out of the woods on the negative impact of the coronavirus. In other words, many other markets are still sending up warning signals.”