You are at:Home»Equity ETFs»Market Correction Has Not Spoiled ETF Investors’ Appetite 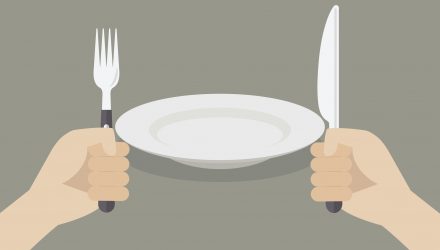 ETF investors are looking at the equity market correction as a good buying opportunity to get in on the cheap.

Some of the hardest hit areas of the recent sell-off have also been among the most popular areas ETF investors are diving back into. For example, over the past week, the Communication Services Select Sector SPDR Fund (NYSEArca: XLC), which includes many prominent media and internet names, attracted $972 million in net inflows, according to XTF data. The iShares Russell 2000 ETF (NYSEArca: IWM), which follows the hard hit U.S. small-cap names, brought in $641 million and the VanEck Vectors Semiconductor ETF (NYSEArca: SMH) added $514 million.

Additionally, some aggressive traders funneled $354 million into the ProShares UltraPro QQQ (NasdaqGM: TQQQ), which mirrors the triple or 300% daily long performance of the tech-heavy Nasdaq-100, over the past week as well.

Best performers so far this year

These growth-oriented areas of the equity market have been among the best performers so far this year, but they were also among the most heavily battered in the selling as investors weighed the potential risk of high valuations in a slowing late business cycle.

“It looks like the trading crowd doing some dip-buying as a result of the recent drop,” Eric Balchunas, Bloomberg Intelligence analyst, told Bloomberg News.