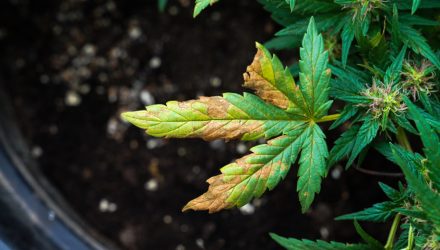 Marijuana ETFs Are Coming off Their High

For example, the ETFMG Alternative Harvest ETF (MJ), the biggest cannabis-related ETF, declined 49.5% from its early 2021 high, but the ETF is still up 14.2% year-to-date. 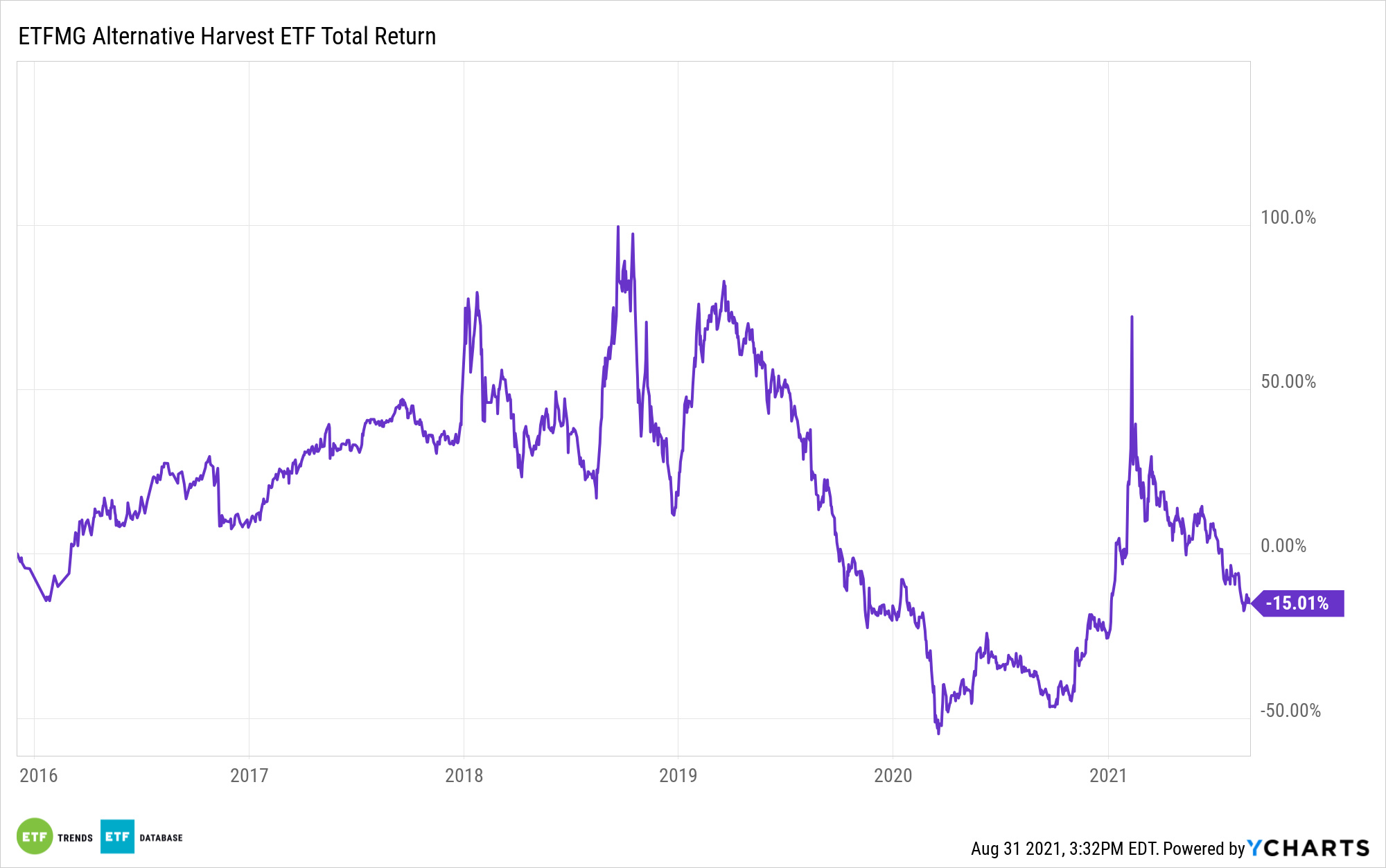 Marijuana stocks grew this year following Democrats seizing control of both the Senate and the House of Representatives, which fueled hopes of federal legalization. Additionally, the rally gained momentum as companies like Tilray Inc. and Sundial Growers Inc. joined the growing meme-stock surge, Bloomberg reports.

The falloff in cannabis stocks and sector-related ETFs has also been reflected in diminishing investment demand. During the height of the mania, investors bought more than $2.5 billion in pot stocks over the course of a week, according to Vanda Securities data. However, inflows since slowed to as low as $73 million for the week of August 16, Ben Onatibia, senior strategist at the research house, said.

The lack of federal initiative since the initial enthusiasm may reflect the low priority of cannabis in the Biden administration agenda. Meanwhile, lawmakers are more focused on the ongoing COVID-19 pandemic and the massive infrastructure spending package.

“There’s been an absence of tangible headlines and progress out of Capitol Hill,” Vivien Azer, cannabis analyst at Cowen & Co., told Bloomberg.

While marijuana stocks have have fallen victim to the recent boom and bust cycle of investor mania, the industry’s fundamentals remain strong, especially among those with operations in multiple U.S. states — multistate operators or MSOs. These operators have enjoyed greater legalization on the state level, with more expected to join the legal sales of recreational pot.

“Most of the U.S. MSOs delivered low-to-mid-teens sequential revenue growth, which is very healthy, and most of them posted accelerating revenue growth in the second quarter,” Azer added. “At a minimum, it makes the valuations that much more interesting, that the companies continue to grow their revenues and profits regardless of what happens on Capitol Hill.”