You are at:Home»Featured»Marijuana ETF is a Big Hit with Investors 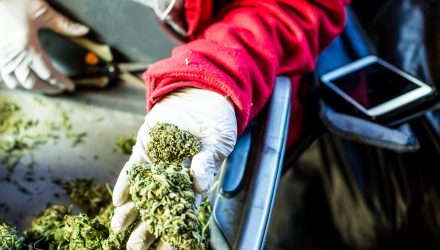 Marijuana ETF is a Big Hit with Investors

Investors took a big hit of the marijuana-related exchange traded fund, funneling millions of dollars into the new ETF after a little over a week of trading.

The ETFMG Alternative Harvest ETF (NYSEArca: MJX) has already seen assets surge to $256.8 million from its initial $5.7 million on December 26, its first trading day. Over the past week, MJX has also gained 10.8%.

“There was obviously a lot of pent-up demand,” Sam Masucci, chief executive officer of Summit, ETF Managers Group LLC, which runs the exchange traded fund, told Bloomberg. “People want to play the theme and the theme is simple: the growing acceptance of marijuana.”

If MJX may maintain its current rate of investment interest among investors, the Alternative Harvest ETF could grow to $1 billion in assets under management in less than two months, which would make it the second-fastest ETF to hit $1 billion, according to Bloomberg.