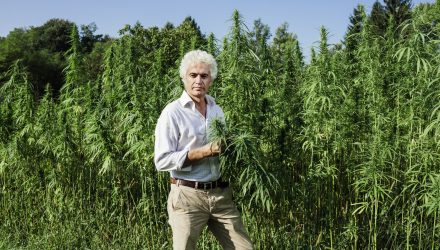 Marijuana stocks and sector-related ETF rallied Tuesday, led by Tilray (NasdaqGS: TLRY), after the Drug Enforcement Administration gave the green light for the Canadian grower to import cannabis into the U.S. for medical research.

Tilray became the first Canadian company to import cannabis to the U.S. as the company works with the University of California San Diego’s Center for Medicinal Cannabis Research on clinical trial to test whether the drug can treat essential tremor, a neurological disorder that causes uncontrollable shaking, Bloomberg reports.

“I think it’s really exciting that we’re targeting this indication that no one else has thought of targeting,” Catherine Jacobson, director of clinical research at Tilray, told Bloomberg. “It’s showing that these cannabinoids may be effective at treating a number of diseases that people hadn’t thought of before.”

The news signals yet “another encouraging sign of improved government support for cannabis research,” Cowen analyst Vivien Azer said in a note, Bloomberg reports. The increased medical applications “add another domino to future legalization in the U.S.”