You are at:Home»ETF Strategist Channel»Making Sense Out of Upside/Downside Capture Metrics 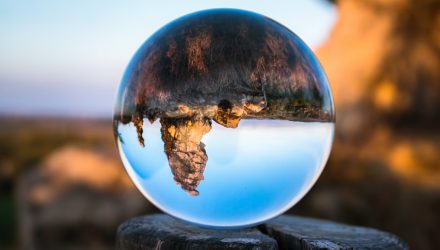 It can be discouraging when an active manager’s short-term up capture isn’t on par with their long-term up capture. But this is a side effect of the measuring and using averages for risk/return metrics, returns, and the like. Averages naturally mask individual discrepancies and may produce misleading expectations. While averages are useful, it is important to remember their limitations.

An average return is just that—an average. Inevitably some numbers will be higher, and some will be lower. Even though the S&P 500 averaged a return of 10.68% between 1971 and 2017, that period experienced individual years that were extremely high, like in 1995, or extremely low, like in 2008. Someone expecting a 10.68% return during 2008 would have been very upset. But over time, the numbers average out.

While many people understand the idea that returns in an individual period will differ from their long-term average, it is important to remember that the concept of averages extends to most risk and return metrics as well. Measurements like up/down capture will fluctuate in the immediate short term as a measure in any one given period is likely to be higher or lower than its long-term average.

While in the short-term up/down capture can give you an idea about a manager’s monthly or quarterly performance, the measure is much more useful over longer periods of time.

Extending the concept of averages, it would be a mistake to assume that a manager’s quarterly up/down capture will remain the same every quarter.

If the DRS never deviated from its average capture ratios and always participated in 52.5% of every up quarter and 13.0% of every down quarter, the returns of the DRS would look like this:

While the consistency and predictability of the measurement look cleaner, the reality of the situation is much less tidy.

Just like any one year’s return tends to deviate far from its long-term average, so do the capture ratios in any one quarter. The chart below illustrates how the DRS’s actual quarterly returns compare to those of the S&P 500: