You are at:Home»Fixed-Income»Low Oil Still an Issue for Junk Bond ETFs 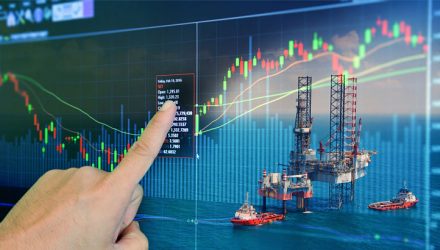 There are some positive factors for ETFs such as HYG as it pertains to lower oil prices.

“Today, low rated companies (CCC and below) make up a smaller portion of high yield energy issuers,” according to BlackRock. “High yield energy is now 13% of the Bloomberg Barclays High Yield Index as opposed to 17% in early 2016. That is roughly a 25% drop in its contribution to high yield spreads.”

For more on bond ETFs, visit our Fixed Income category.