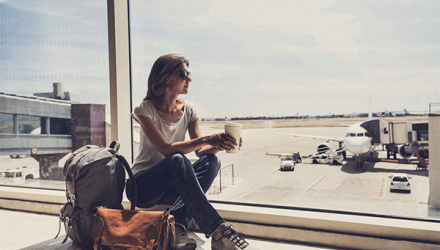 Looking Ahead To Summer, Airline Execs Seek An End To Masks And Tests

Executives of the biggest U.S. airlines are urging the Biden administration to bring an end to Covid-era travel restrictions. In an open letter, the CEOs of American, Delta, United, Southwest and others write that predeparture testing requirements and mask mandates “no longer make sense in the current public health context.”

Indeed, domestic and international traffic is up as passengers’ comfort level with taking a flight is at its highest level since the pandemic began, according to a survey by Evercore ISI. The firm’s sales survey also shows that bookings rose for a ninth straight week as of March 22, with leisure demand driving much of the growth. This belief is confirmed by Expedia, which expects an “amazing summer.” Expedia for Business president Ariane Gorin said last week that the online booking agency is seeing a rise in the number of U.S. travelers searching for European packages. “People are keen to spend the money that they have saved during the pandemic on travel,” she said.

Numbers don’t lie: Google searches in the U.S. for “flights to Europe” hit a pandemic high at the end of February. I expect to see the metric jump ever higher in April as families lock in their summer travel plans. Not to be outdone by air passenger volumes, air cargo capacity continues to trend upward. In the three months ended January 2022, industry-wide cargo ton kilometers (CTKs), a measure of cargo volume, rose 7.2% year-over-year to hit their highest levels on record, according to the International Air Transport Association (IATA). Seasonally adjusted, the value has cooled somewhat, but nevertheless this is an incredibly bullish reading for air cargo and demand in general. Looking at specific regions, Europe-North America increased 25.3% while Asia surged a remarkable 42.3%.

Alaska Airlines, one of our favorite names in the industry, is positioning itself to capitalize on this surge in demand. The carrier is reportedly converting two of its Boeing 737-800s into cargo jets on a bet that pandemic-era freight revenues remain high.

Of Oil And Bitcoin

Speaking of trade… I recently shared a report by Credit Suisse’s Zoltan Pozsar wherein he predicted that China could act as a stopgap for plunging Russian commodities.

Sure enough, Bloomberg reports that Chinese refiners are buying cheap Russian oil “under the radar.” This is on top of Indian companies that are publicly signing deals to purchase crude from Russia or, in some cases, buying Russian crude for the first time in months. India’s Nayara Energy, a private refiner, just bought 1.8 million barrels of Urals crude, Russia’s benchmark oil, a week after Indian Oil Corp. imported 3 million barrels from the country.

Due to international sanctions, paying for the oil has been a challenge, but some Russian officials believe there’s a solution: Bitcoin. The country has proposed that buyers can trade in local currencies and gold, but last week it added the world’s most popular cryptocurrency to that list.

Interestingly, that wasn’t the only news story last week involving Bitcoin and oil. ExxonMobil, the largest U.S. oil and gas producer, announced that it’s been running a pilot program using excess natural gas to power Bitcoin mining, and that it plans to expand this activity to other locations including Alaska, Nigeria and Germany. Partially as a result of the news, Bitcoin touched $45,000 on Friday for the first time in about three weeks.

I believe Exxon’s plans are yet another indicator that investors may want to get their hands on some Bitcoin sooner rather than later. Remember, its supply is finite. Very soon, the 19 millionth Bitcoin will be mined, and there are over 8 billion people on earth. The math is very compelling.