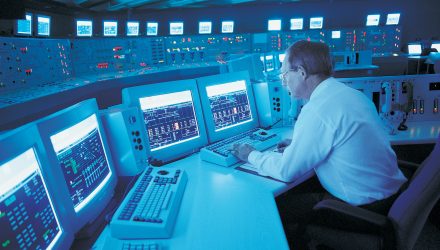 The Utilities Select Sector SPDR (NYSEArca: XLU), the largest utilities sector exchange traded fund, labors almost 11% below its 52-week with much of the ETF’s woes being seen late in the fourth quarter and early this year.

Rising interest rates and tax reform are among the issues that hindered the utilities sector in late 2017.

As the Fed continues raising interest rates, the higher rates will make fixed-income instruments more attractive on a relative basis, and bond-like equities, like utilities, less enticing. Consequently, utilities may remain flat or underperform other segments of the equities market once rates start ticking higher. The Fed raised interest rates in December, its third such move in 2017 and several more rate hikes are forecast for 2018.

Additionally, the utilities sector has not gotten much of a boost from tax reform. On the note of tax reform, the benefit to utilities is muted because, as regulated industry, utilities will be forced to pass cost savings from tax reform onto consumers.