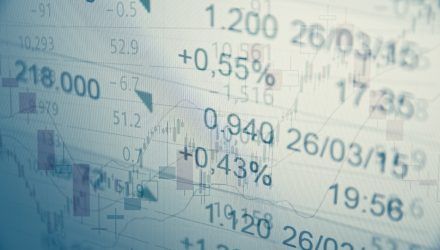 The Yield Curve Inverts Yet Again

U.S. markets were jittery after the Fed Minutes being released Wednesday, selling off initially, before rallying again into the close. But even bigger news came in the form of the yield curve inverting once again.

Last Wednesday’s brief inverted yield curve came after the U.S. removed some items from list of new China tariffs and the additional duty on other goods is postponed to Dec. 15. Yet, the wall of worry was still apparent in the bond markets, which are flashing a recession signal in the inverted yield curve.

“Historically speaking the inversion of that benchmark yield curve measure means that we now must expect a recession anywhere from six-to-18 months from today which will drastically, and negatively, shift our medium-to-longer term outlook on the broader markets,” Tom Essaye, founder of The Sevens Report, said in a note on Wednesday.

Federal Reserve Chairman Jerome Powell speaks again on Friday at the Jackson Hole Summit, offering the Fed Chairman an opportunity to set things right with the markets, following a comment he made nearly three weeks ago that sent stocks plummeting.

“Powell’s remarks have been a make or break moment for the markets this year. Two other times in January 4 and in June 4, we were pretty much in the same position we are now. The  market was thinking we were in a critical juncture on fed policy. Powell was making opening remarks at two different events, and he then diverged and said let me say a quick word about recent developments. And in three or four sentences, he told us in January that maybe they won’t cut rates, and then he told us in June that they’re ready to cut rates. Both of those instances the stock market was at 5% in the week after he made that. That’s virtually the whole rally. We’re at a third one now with Jackson hole on Thursday, when he is yet again giving the opening remarks,” said Jim Bianco president of Bianco Research on CNBC.

An inverted yield curve, if it stays inverted for awhile, is considered a strong recession warning.

“Looks like the Fed is going to be stubborn, and the yield curve is starting to price that in,” noted Andy Brenner of National Alliance.