You are at:Home»Leveraged & Inverse Channel»U.S. and China Trade War Continues To Sink Market 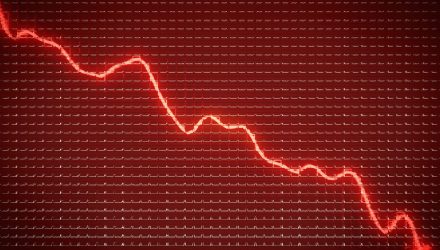 The current bull market rally, which started March 9, 2009, has been the longest one on record since World War II, according to S&P 500 Indices. The market has risen more than 300 percent since its low more than 10 years ago. However, trade problems between the U.S. and China are giving investors pause to consider whether or not that bull run is coming to an end soon.

Most of the major stock market indices fell hard this week after Trump on Sunday destroyed many analysts’ hopes that the U.S. was nearing a trade deal with China. Additionally, President Trump warns that he will seek to impose 25% tariffs on an additional $325 billion of Chinese goods this Friday, to which the Chinese say they will retaliate accordingly.

Anthony Scaramucci, the founder of Skybridge Capital and former White House communications director, feels this could be the end of the bull market.

“I expect another 5% to 7% drop in the market if more tariffs come,” said Scaramucci.

“We’ve had an incredible bull market,” he told CNN Business anchor Richard Quest. “Everyone is a long-term investor until they have short-term losses.”

Scaramucci said he is wary of additional import penalties from his former boss.

“I don’t like where the Fed is. I don’t like the fundamentals,” Scaramucci proclaimed on CNN Business’ Markets Now live show Wednesday.

He added that he didn’t agree with the strategy and thought the negotiations should take place behind the scenes. At the end, however, both parties need to get a trade deal done, he said.

Investors who see the market as a bargain and would like to participate in any upside from here could consider buying the SPDR S&P 500 ETF Trust (SPY) or the Invesco QQQ Trust (QQQ).

To keep up-to-date on the latest market news, visit www.etftrends.com.