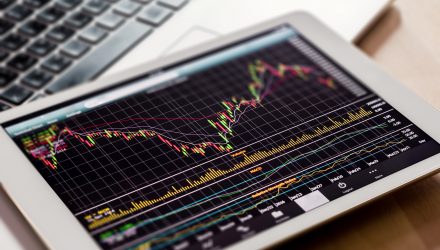 Traders Are Betting on a Small-Cap Rally

Small-cap stocks and ETFs, such as the iShares Russell 2000 ETF (NYSEArca: IWM), were already retreating prior to last week’s equity market slump, but those declines pressured smaller stocks in a big way.

TNA looks to deliver triple the daily returns of the Russell 2000 Index. Many traders believed smaller companies were insulated from the overseas turmoil. Furthermore, a stronger U.S. dollar and concerns over weaker global growth are also driving investors toward smaller company stocks that tend to earn most of their money from a still growing domestic economy.

TZA attempts to deliver triple the daily inverse performance of the Russell 2000 Index. Over the past month, TZA is averaging daily outflows of $2.77 million, according to issuer data.