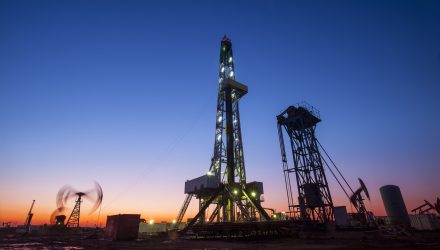 A surprise fall in U.S. crude stockpiles should’ve translated into strength for oil prices, but trade war fears continued to roil the markets. Oil fell as much as 1 percent on Thursday as investors continue to sit on their hands waiting for a U.S.-China trade deal.

“The inventory numbers from the U.S. only gave oil a transitory boost. It is going to be all about whether the trade talks today can stop Friday’s tariff-geddon,” said Jeffrey Halley, senior market analyst at OANDA in Singapore.

U.S. President Donald Trump threatened to impose a higher an increase in existing tariffs on Chinese goods on last week with the hope that it will force China’s hand in relenting to a trade deal. Various reports reveal that China has been waffling on its negotiations with the U.S., which caught the ire of President Trump, causing him to send tweets that roiled the markets.

“Enough progress made to make Mr Trump roll back his threats could see oil make back all of its recent loses in double quick time,” said Halley. “A poor outcome will see the rot move deeper and oil’s recent fall continuing,” he added.

First-quarter earnings have been a slippery slope for big oil companies thus far as geopolitical challenges and receding prices may be putting the clamps on profitability for the rest of 2019.

Venezuela sanctions as well as production cuts in Canada have affected the profit margins for companies, such as industry giants Exxon and Chevron. Exxon said earnings showed a loss of $256 million in the first quarter and net income dropped to $2.35 billion, which represents its lowest in the last three years.

“All of which suggests once the trade war-induced sell-offs abate conditions could settle themselves quickly,” Innes added.