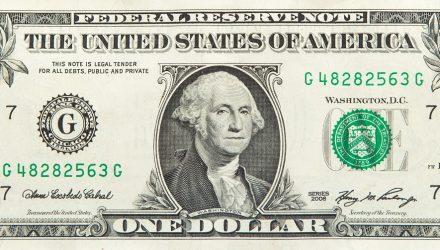 The Dollar Tree Makes An Impression With Millenials

Almost everyone has wandered by the dollar store, however most consumers would probably balk at the idea of purchasing makeup and cosmetics from such a bargain-priced vendor. Still, as the cosmetics universe world continues to hock their wares on television and social media, thanks to celebrities endorsing big brands in expensive advertisements, Dollar General’s humble, $5-and-under cosmetics line has gone viral, thanks to social media beauty bloggers.

This year, Dollar General (DG) debuted Believe Beauty, an swanky, private-label line of lipsticks, eye shadows, foundations, nail polishes and skin care accessories at the chain’s more than 15,500 US stores nationwide. Dollar General collaborated with a beauty manufacturer on the brand and is offering key shelf space to push it to consumers, exhibiting the 150-product collection in targeted sections at the back of store aisles, making it simple for would-be prospects to find.

Dollar General’s goal is to attract the elusive Millennial segment of the market with the brand. Still, while Millennials aren’t likely to post online about the $0.99 snacks or swanky mop they bought at Dollar General, they have been showing off their new makeup online.

“I just went there today and I was so surprised with how much product they have there. They literally had stuff from like Wet ‘N Wild, Maybelline, Covergirl. I didn’t get any of those brands though. I stuck with Broadway Colors and L.A. Colors, because that’s like the Dollar Tree/Dollar General brands that I went into,” explained blogger JuicyJas on her YouTube channel.

The line has also attracted attention from other personalities with large social media followings reviewing the beauty products on YouTube and Instagram.

“We’re seeing really good results,” Dollar General CFO John Garratt said at a presentation in June. He pointed to “a lot of buzz on social media” about the brand.

It seems that the low-cost, simple approach to as opposed to more costly and elaborate traditional cosmetic avenues is what appeals to Millenials.

“People like those kind of videos because it’s something different,” Taylor Horn, a blogger who reviewed Believe on her YouTube channel, told CNN Business. Her channel has more than 750,000 followers.
“It’s cool when lines like Believe Beauty launch, where it’s accessible,” she said. “I think it’s more achievable and the things that your everyday consumer can afford.”
Investors looking a ETFs with Dollar General can explore the VanEck Vectors Retail ETF (RTH), the Invesco S&P 500 Equal Weight Consumer Discretionary ETF (RCD), or for something more aggressive, the Direxion Daily Consumer Discretionary Bull 3x Shares (WANT).
For more market trends, visit ETF Trends.