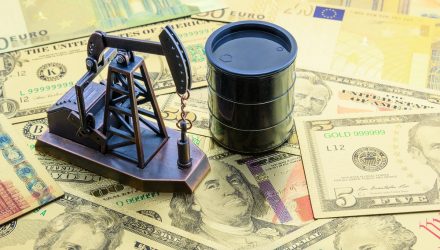 Crude oil prices dropped Wednesday, and according to experts are now on track to enter a bear market, as U.S. data revealed a weekly crude supply climb of almost 7 million barrels, to their highest level in nearly two years.

Crude prices plunged over 3 percent during Wednesday’s trading session, but did rally back a bit. In addition to the ongoing trade jitters and global uncertainty, rising inventory levels played a significant role in the decline. There are only a handful of analysts who believe OPEC+ will remove or significantly reduce the current production cut agreement.

“Crude inventories are now at their highest since July 2017, up nearly 44 million barrels since mid-March,” said Matt Smith, director of commodity research at ClipperData.

“You had that record U.S. production again and that surge in imports really just overwhelmed the report, and it came in the face of refinery runs ticking up,” said John Kilduff, founding partner at energy hedge fund Again Capital.

“Obviously it’s more than enough to satisfy demand by a lot and just makes for a really bearish report across the board,” Kilduff added.

The persistent slump in crude oil prices since the recent peak of $66.46/bbl, which was made back in late April, has echoed the downturn in global economic growth expectations, owing largely to escalating US China trade war tensions. The dramatic deterioration in trade talks between the world’s two largest economies has hurt prospects of GDP rebounding later this year, resulting in a cut to the World Bank 2019 Global GDP Forecast from 2.9 percent to 2.6 percent which was published yesterday.

“With the trade wars and if tariffs go through on Mexico next week we could continue to see a risk-off posture in the energy markets,” said Zahir. “Any rallies in crude oil at this point we feel will be short lived.”

Experts also note that seasonality is also contraindicated, as crude typically produces a draw on inventories this period of the year.

“I can’t stress enough how bearish the data was today on crude,” said Tariq Zahir, managing member at Tyche Capital Advisors. “The calendar at this time of year usually produces draws as crude being refined to gasoline.”

Traders looking to capitalize on downside moves in black gold might look at the ProShares UltraShort Bloomberg Crude Oil (SCO) or the VelocityShares 3x Inverse Crude ETN (DWTI), both of which allow investors to make downside bets on the oil market.