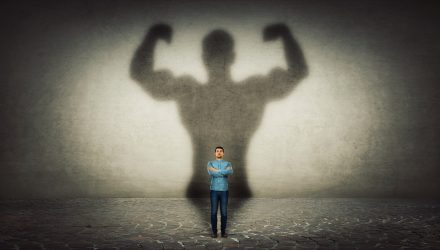 As evidenced by the Russell 2000 and the S&P 500, both indexes have started to move past their 200-day moving averages in the last couple of trading sessions, but it’s been the Russell 2000 that’s been outpacing the S&P thus far.

Small caps led the way on Monday as the Dow Jones Industrial Average gained over 200 points, while SMLL rose 3 percent and TNA rose 6 percent. The Russell 2000 gained 1.88 percent on Monday while the S&P 500 rose 1.3 percent on renewed trade negotiations between the U.S. and China.

After the recent upheavals in the markets as a result of volatility, the major indexes have rallied with the Dow surpassing 700 points last Friday.

“We have a respectable probability that Friday’s rally and the last week-and-a-half’s rally has more legs behind it,” said David Sowerby, managing director and portfolio manager at Ancora Advisors in Cleveland. “It’s Fed policy right now, that’s first and foremost the most important gauge impacting the market today. Trade issues, number two. A very distant number three is the government shutdown.”