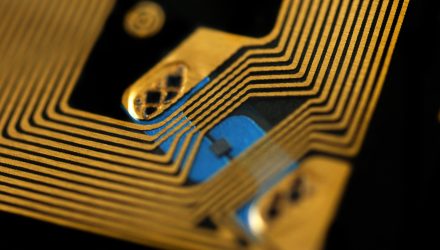 In recent weeks, semiconductor stocks and the related ETFs have been enduring punishment. Some analysts believe the group has more downside.

If accurate, that thesis could mean significant upside for the Direxion Daily Semicondct Bear 3X ETF (NYSEArca: SOXS), an inverse leveraged play on chip stocks that is up more than 10% over the past month. SOXS attempts to deliver triple the daily inverse performance of the widely followed PHLX Semiconductor Sector Index (XSOX).

“There is more pain ahead for semiconductor stocks, according to Raymond James,” reports CNBC. “The firm reduced its 2019 earnings estimates for eight chip stocks, predicting companies will announce weakness in business activity.”

Observers are concerned that slowing smartphone growth and newer technologies could cause chipmakers to reduce capital spending and lower demand for chip-making equipment.

“Since we downgraded the group … stock prices have fallen sharply, the volume of negativity from the rest of the Street has increased markedly, and we believe most investors now expect some degree of estimate cuts,” said Raymond James analyst Chris Caso reports CNBC. “We are ‘cutting estimates across much of the space. … Net, we think it’s too early to call a bottom, despite what’s now widespread bearish sentiment among investors.’”