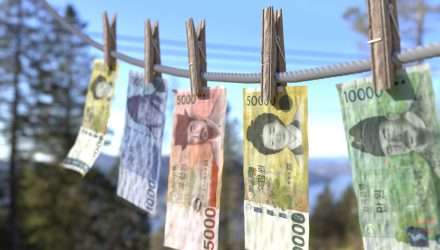 Play a Q2 Bounce in South Korea With This Leveraged ETF

A rising dollar and global inflation might be keeping traders from looking at potential opportunities in emerging markets (EM). However, they need to take a closer look at South Korea.

After Covid-19 cases and rising inflation tempered South Korea’s economy in Q1, a Q2 comeback could be in play. There are already signs of a recovery surfacing.

“We are already seeing early signs of a recovery in private consumption as the government lifts most restrictions while the trade balance is going to record a deficit for a couple of months in the near future,” said ING economists.

Much of South Korea’s growth can be attributed to wise investment of capital. Macroeconomic stability has been able to provide a ballast against economic shocks, such as the Covid-19 pandemic.

“By 2026, the International Monetary Fund projects that South Korea will be 12 percent ahead of Japan,” an East Asia Forum article pointed out. “What makes this event all the more important and illuminating is that South Korea shares so many of Japan’s structural flaws. South Korea’s ability to ameliorate those flaws provide lessons for Japan.”

KORU seeks daily investment results that equate to 300% of the daily performance of the MSCI Korea 25/50 Index. The index is designed to measure the performance of the large- and mid-cap segments of the South Korean equity market, covering approximately 85% of the free float-adjusted market capitalization of South Korean issuers.